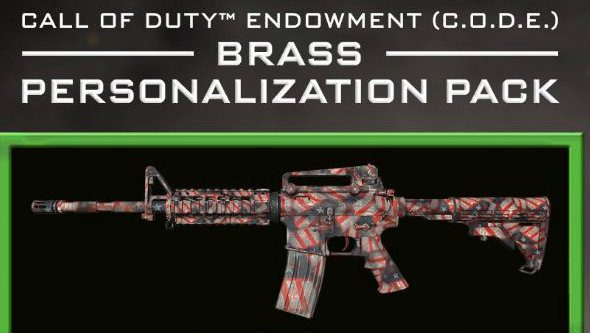 With the new Endowment Brass Personalization Pack for CoD: Modern Warfare Remastered due in just two days, a surprise tweet from @CODE4Vets has revealed that all proceeds will go to US military veterans. All of the funds will go to Activision’s Call of Duty Endowment initiative, a charity organization aimed at getting veterans back on their feet.

Not a fan of Call of Duty? Luckily there’s a wealth of other ways to experience first person warfare.

The #MWRemastered Call of Duty Endowment Pack comes out in 2 DAYS 100% of @Activision proceeds go to helping our #vets! pic.twitter.com/xNiLWq1NmL

The DLC will include a new weapon camo, reticle, emblem and calling card. You can read more about thecharity organization at their site. There’s no word on a price yet, but expect it to go for around $5, the same price as similar charity packs offered for past Call of Duty titles.