Fresh off the biggest beta in Call of Duty history, there’s unprecedented buzz surrounding Modern Warfare’s multiplayer. But, after sitting through a recent behind-closed-doors walkthrough of an early single-player mission called Op. Clean House, we’re just as excited about the campaign.

Following some bad terrorist stuff, intel leads SAS operatives to a shady cell’s London hideout. You’ve likely seen snippets of the mission already, but nothing prepares you for the brutal blow-by-blow. You start in an alleyway just outside the house. It’s the dead of night, the silence amplifying each booted footstep and trouser ruffle. One team stacks up by the back door, while yours goes in through a kitchen window using an extendable ladder.

Anyone who’s been to London’s famous district of Camden will immediately notice how well developer Infinity Ward has captured it: the colour of the brickwork, the spacing of the pavement slabs, the raspy echo of an overground train as it rattles between stops. You almost want to head off and explore, but there’s a job to do. And also you’ve got a big gun, so it probably wouldn’t be advisable anyway.

Suddenly, a woman enters the kitchen muttering something about making a brew. She spots you immediately. You raise your weapon, but a squadmate stifles her scream with his hand, and you move on down the hall. It’s not clear whether he makes her that brew. Three people occupy the living room, surrounding a map laid out on a table. You lean around a corner and put bullets in each of them before they can grab their guns. 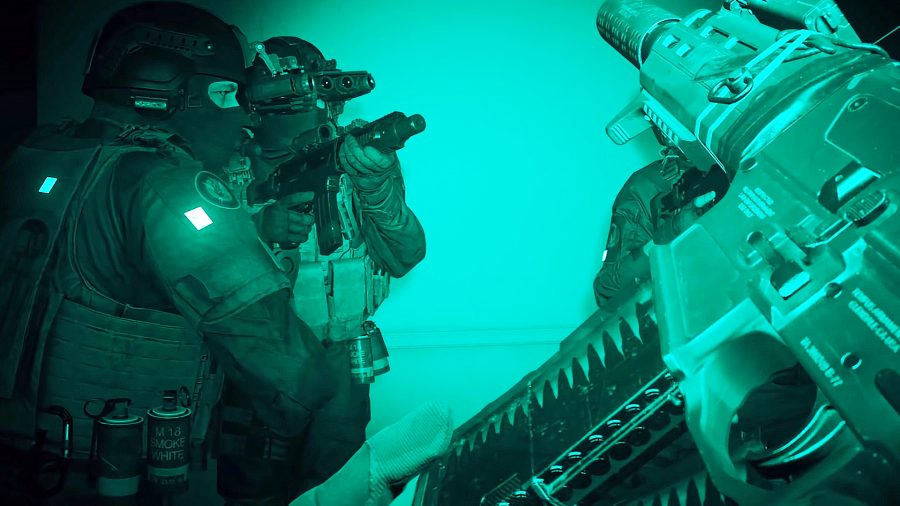 These aren’t ‘silenced’ bullets. Special attachments muffle the sound, but anyone remaining in the house would have heard the telltale crack and ensuring thump. Those three shots feel as impactful as any collapsing building or snowmobile chase, underscoring just how much paring down the scale does to ratchet up the tension.

Shots feel as impactful as any collapsing building or snowmobile chase

Operators can only fit single file up the stairs, and fill entire doorways with their bulky frames. There is little room to manoeuvre. Rather than serving to hem you in, however, the lack of space focuses you. What matters isn’t how well you can duck and strafe, but the precise angle you hold your gun, or the degree in which you choose to lean around a corner, or how quickly you can pull the trigger when the person in your sights goes to pull theirs.

As you ascend, so does the pressure. The more time you spend in this townhouse, the better prepared enemies above will be for you, and you can sense it. On every floor there’s a different encounter. Terrorists hide under beds, fire through locked bathrooms, and plead for mercy before lunging for guns. That’s where the issue of player agency comes in. 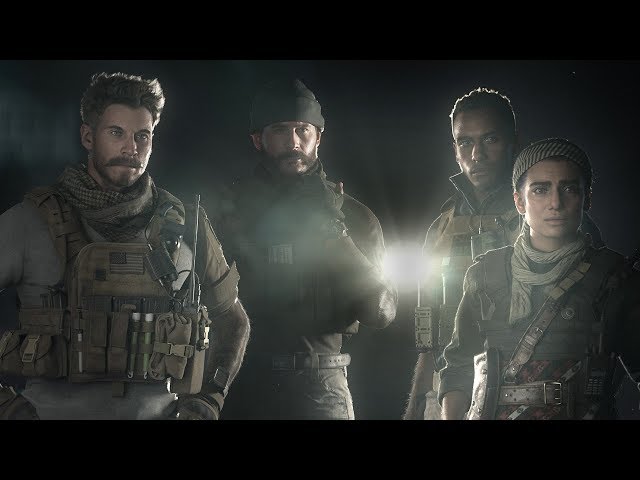 There don’t seem to be any instances in which you can spare a life. Everyone here needs dispatching quickly, and if you don’t do it, either your squadmates oblige or, well, you get shot. It feels like a missed opportunity to detail the moral decisions Infinity Ward has talked about.

Modern Warfare's night vision is in a class of its own

What the mission does showcase, however, is CoD’s stunning new graphics engine. Firearms feature finger smudges and grooves where switches have worn away the metallic finish; material scanned-in using photogrammetry looks suitable well-worn (apparently, costume designers would drag soldiers’ kits behind trucks), and night vision is in a class of its own.

Before, it was merely a green overlay. Now, it’s achieved with spectral rendering. That is, rendering the entire spectrum of light, whether it’s visible or not, and then using night vision to show waveforms you otherwise wouldn’t see. 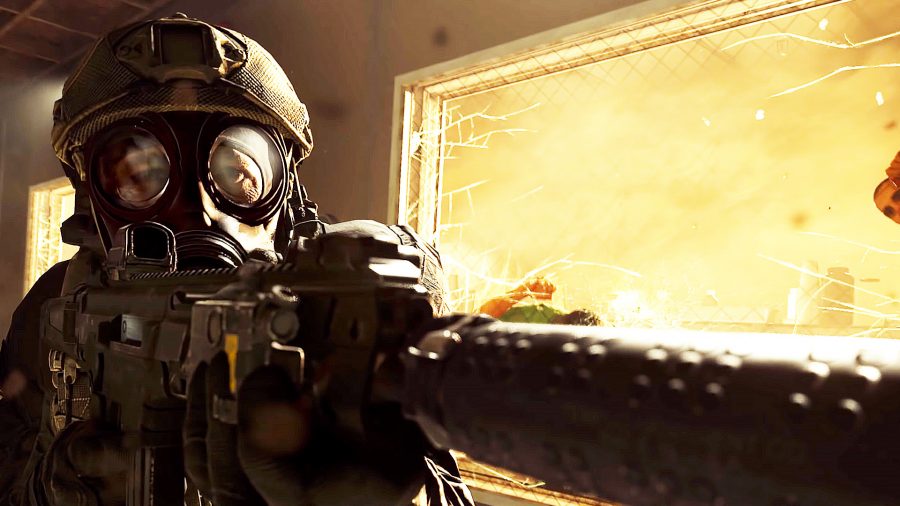 This is also the first CoD to use ray tracing. “It’s all about the lighting and the shadows,” Marc-Alexandre Boulanger-Milot, game director at Beenox, the studio handling PC optimisation, tells us. “We use it to add more depth and more quality to the shadow. If there are small rocks or bullet shells on the ground, it’s going to be drawing a small shadow next to it, so it feels like everything is more grounded and more realistic.”

Given our experience in the London house level, that sense of grounded realism seems to pervade everything in the single-player experience.

Whether or not your rig can handle ray tracing, though, what’s abundantly clear right now is how vital Modern Warfare’s campaign feels. The series’ last single-player offering had us driving tanks through bombed-out cities and joining a thousand-man D-Day assault on the beaches of Normandy. Modern Warfare offers up room-to-room clearance in a Camden semi, ambushing terrorists as they make a brew. Despite this it feels as big as anything CoD has done.