Looking to add the brand-new SKS and Rentti to your Modern Warfare arsenal, or build a new Warzone loadout drop around them? Whether you’ve been playing Call of Duty: Modern Warfare since day one and want to know the fastest way to unlock the new weapons, or joined with Warzone and don’t know how to unlock new guns, we’ve got you covered.

The launch of Modern Warfare Season 3 means two new weapons are making their way to the game. The first is the SKS, a semi-automatic marksman rifle with great accuracy and high damage that should perform similarly to the EBR-14. The second new gun is the Renetti, which looks like a pretty bog-standard 9mm pistol but can be changed with a three-round burst attachment so that it performs much like the classic Modern Warfare 2 sidearm, the M93 Raffica. Being a pistol it’s unlikely to see much use among the best Warzone guns, but in multiplayer it could become a vital sidearm for close-range fighting.

Both of these weapons are available for free to all players, but actually acquiring them – or acquiring them a little faster than other players – isn’t all that clear. Here’s how to get the Renetti and SKS in Modern Warfare and Warzone.

How to get the SKS and Renetti in Call of Duty

Both of these new weapons are available in the season 3 battle pass, but thankfully as part of the free track – you don’t have to pay for these weapons at all. To unlock the marksman rifle and pistol, you simply need to play the game, finish matches, and complete challenges to grind your way to the new gear. 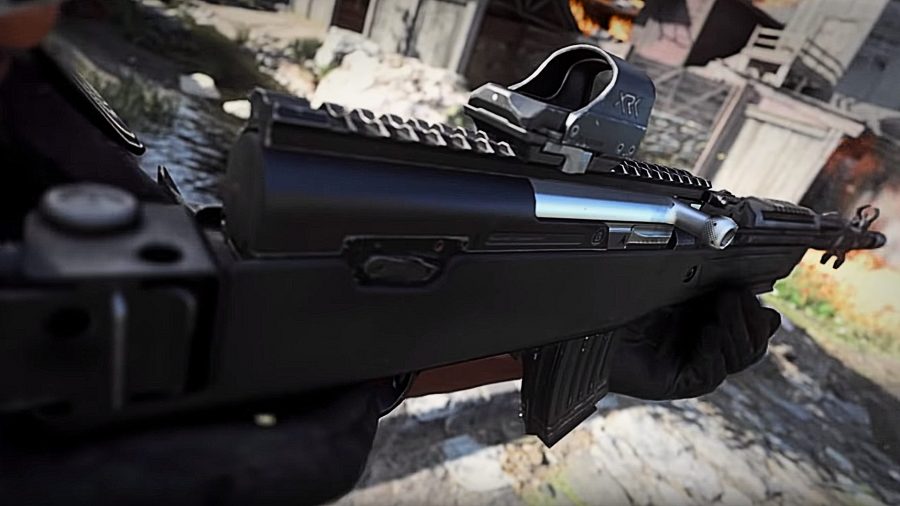 How many tiers do you need to level up? The Renetti pistol is a tier 15 reward, while the SKS is a tier 31 reward in the season 3 battle pass.

There is a minor caveat to this in that you will level up your Modern Warfare battle pass faster with the premium version.

Read more: This is the best sniper rifle in Warzone

You can also buy additional tiers with COD Points, which cost real money unless you’ve got some stockpiled from your previous seasons.