How do you recreate a classic? It’s a challenge that plenty of developers are taking on these days. Understanding the context of the original is key in finding the answer, as it usually illuminates the game’s achievement. Doom brought gore and gunfights to players who had been hanging out with Mario. Square Enix has created magical worlds through Final Fantasy many times, with new stories and better graphics each time, but the essence of the series is in far more than this.

In reimagining past glories, developers know they need to do more than give them a new coat of paint. Instead, they are trying to recapture the feeling these games evoke. The Resident Evil 2 remake fills you with unease as you slowly wander through Capcom’s recreation of Racoon City’s police station. Square Enix’s Final Fantasy VII remake is on the horizon, too, and in ending its first episode with Midgar, may hope to conjure the same wanderlust that leaving the city for the first time did.

In the meantime, we’ll have Infinity Ward’s reimagining of Call of Duty: Modern Warfare. As ever, CoD is a war on two fronts: we’ve seen the single-player campaign demo, and its bold decision to explore the darker, grittier side of modern conflict. Now it’s time to look at the multiplayer, which has always had a more playful, irreverent tone. We enjoyed what we played, but were left with questions for design director Jack O’Hara and PC production manager Paul Halie at the recent reveal event.

PCGN: We’ve seen both new and returning game modes. How do you strike a balance between making something that’s new, yet faithful to the vibe of the original game’s multiplayer experience?

Jack O’Hara: For a lot of us, we’ve worked on the originals, and we have some guys who came back from working on Modern Warfare 1 and 2. So, we took a step back in time and thought about what it was like when we were finishing those games and what were the next steps in terms of moving the franchise forward. It came down to wanting to create this ultimate multiplayer playground where you could find something that you like.

We started with some of the smaller experiences like the two-vs-two Gun Fight, which provides an even playing field between two players and teaches you how to play the game. Then, we scaled up to standard six vs six TDM, and then up to the much larger player counts like 20 vs 20, and so on. What excites us is taking all this new technology and creating that ultimate playground for people to pick what they want to do. 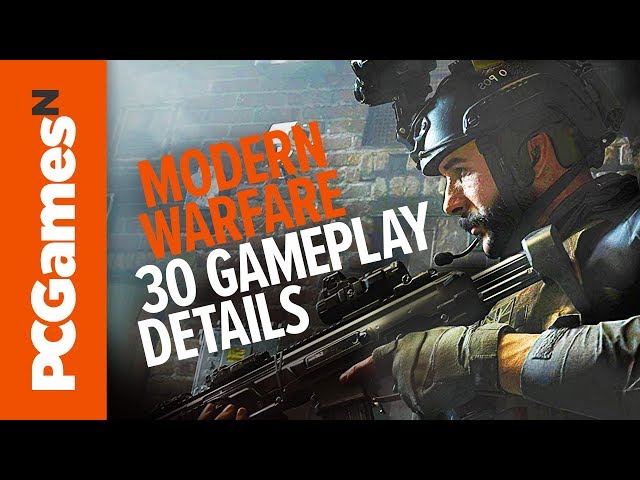 How does progression work? Are there new progression mechanics on top of levels and prestige? How will we earn guns?

JO: It’ll be fresh but familiar; we have a progression system that’s very reminiscent of the original in terms of ranking up, unlocking items, etc. It will be shared between multiplayer and co-op, and there will be more seasonal elements and things you can achieve during the space of a few months after launch, and then those will be refreshed. We’ll go into more details on that as we get closer to release.

You’re offering similar content to a classic CoD season pass, but for free. How has this affected microtransactions in multiplayer?

JO: We decided we wanted to get rid of the season pass and keep the community together. Anything that drives people apart, like giving them a certain piece of content but not the other one, is not inducive to that community. That’s why cross-play is so important to us right now. We want to keep everyone together and playing together.

We’re not going into microtransactions too much today, but we will in the coming months. Right now, we’re focusing on polishing the game, and then we’ll try and look at it and see what the right kind of balance is for players to feel like its fun, engaging, and they’re playing together. 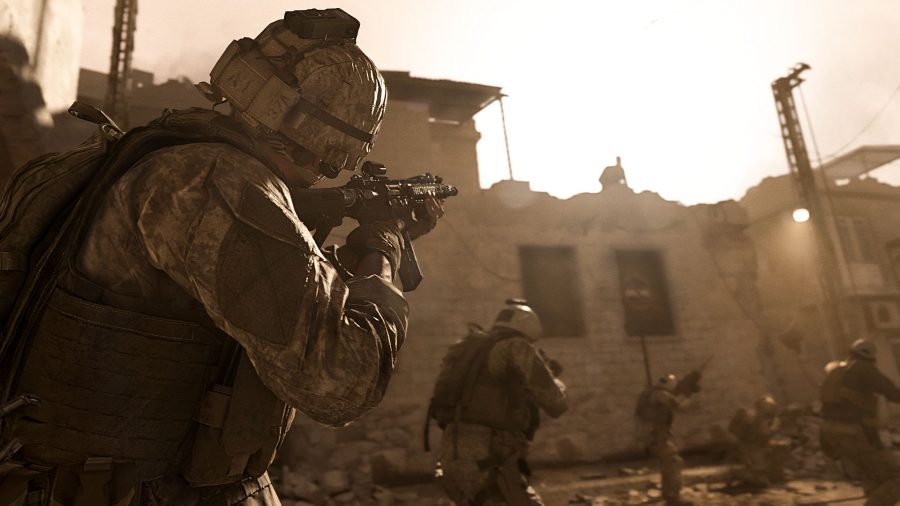 Will we see any older maps returning for CoD:MW?

JO: We don’t exclude it; we think there are some old classics out there that would be great for reimagining. But we see it as ‘that would be a nice, cool nod to everyone who was involved in the early days, but not something we’re planning to do regularly’. But we have so much fresh, new content to put in front of people, it seems like a shame to turn back and make the same thing.

You’re using a new engine for CoD:MW. What benefits of that would you highlight in multiplayer?

Paul Halie: The main benefit is that we want to introduce these larger maps with larger player counts, but at the same time maintain the fidelity that people expect from the single-player side of Modern Warfare. So we’ve done a lot of work on our streaming technology on various aspects of the engine to ensure that fidelity is maintained as we scale up the maps to those higher player counts.

I would say that’s the main thing that it enables, and we gave that toolkit to the developers and let them go nuts with it – finding different modes and player counts, finding fun ways to utilise that technology. 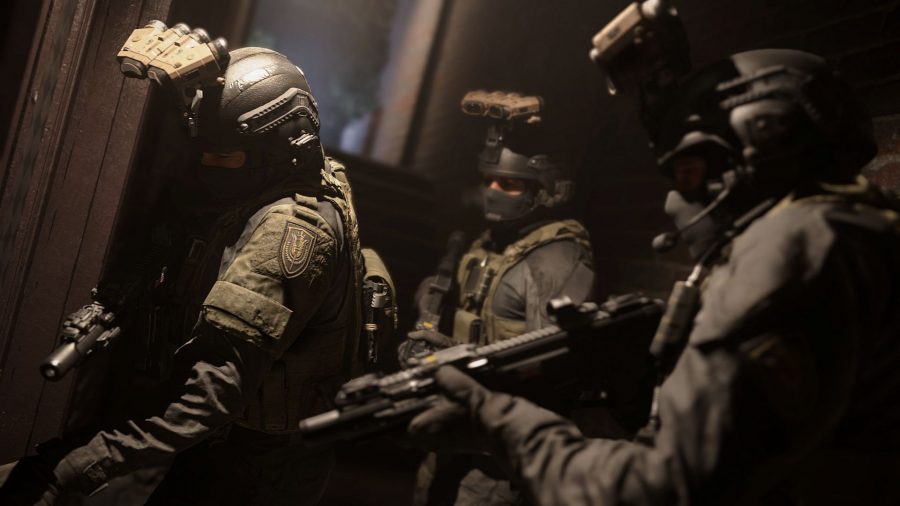 Would you guys want to do a battle royale? Were you tempted to follow on from Blackout at all?

JO: There’s always a temptation. I mean, we set off to create a variety of experiences, and we have the technology now to allow us to put all the parts together to be able to make the game we want with the player count that we want. I don’t know if you’ve had the chance to play the 20vs20 on the bigger map out there, but that gives you a little bit of a taste of what’s to come from larger player count modes between large teams.

How balanced and competitive is the game shaping up to be, and how will you balance new things like the tanks and the night vision?

Operators don't have any functionality attached - they're for flair and personality

JO: Things like the tank are played in the larger maps – that’s mainly a level design thing of making sure there’s space for the tank to exist without getting directly on top of the infantry, and letting the infantry have space to run from cover to cover and have a chance against that.

In night-vision gameplay, we have all this technology now so we can do night maps the right way. We start by making a copy of each map in day and night, but some work better than others. We’re looking to take the level design and then use the space to have light and dark areas, lights that turn on and off, to let people play that super tactical experience.

It’s really just a taste freshener as you’re playing multiplayer to have these super close-quarters, almost creepy experiences with night-vision goggles where you can see the laser beams of your teammates. So, it’s just about giving people this variety to play with. 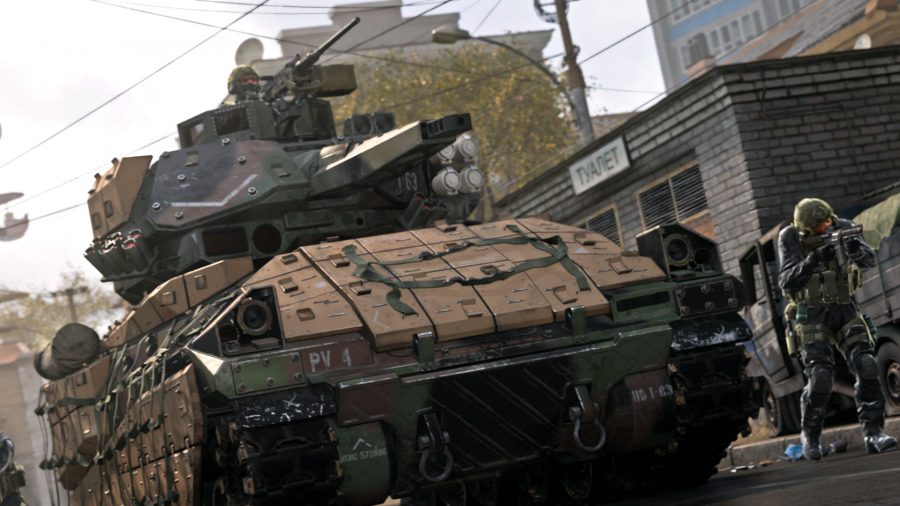 What can we expect to see in terms of build diversity?

PH: Gunsmith enables these crazy combinations, right? It’s really about taking a gun that you love and stripping it down. You can take something like an AK-47 and you can mod it up to an SMG if you want to, or you can extend it out into a Marksman. There’s a lot of different variety, and it allows players on a piece-by-piece basis to decide what it is that they love.

What exactly are Operators, and how will we unlock them? Will new Operators be DLC?

PH: The Operators don’t have any functionality attached to them, so they are not a choice that is driven by that. We wanted players to find somebody that they liked the look of, that they could recognise themselves in, and that there’s the right variety in there. It’s more flair and personality than it is winning advantage.

So, for example, each Operator has their own execution. If you walk up to someone and hold melee, you’ll go into this cinematic sequence where you’ll see yourself do a move on them. A lot of that is to convey personality and player expression; it’s not to have a player advantage. 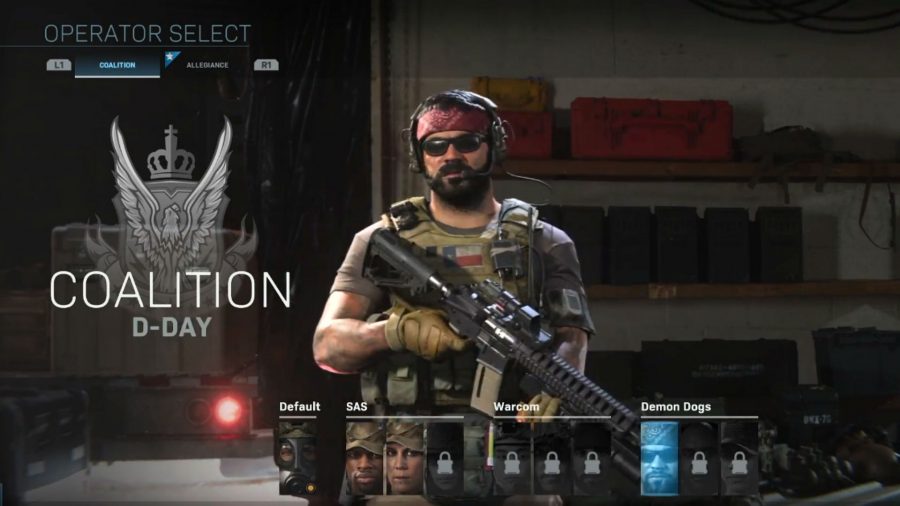 So they’re purely cosmetic then?

What was the thinking behind the white phosphorous killstreak?

PH: I think killstreaks, for us, it’s always a bid whether to do killstreaks and revamp the classics, or whether you want to try and put something new in there every time. It’s kind of a multi-year process as there’s this huge development lead uptime.

So the team there wanted to have a wide variety of gameplay mechanics to be able to play with. There are all things ranging from some of the old classics like the UAV, and we brought back the Harrier since that was reminiscent of previous games.

But then we wanted to do things like bring in a tank like the light infantry vehicle and drop them off in the large map. You can drive it, and then your buddy can get on the machine gun turret. 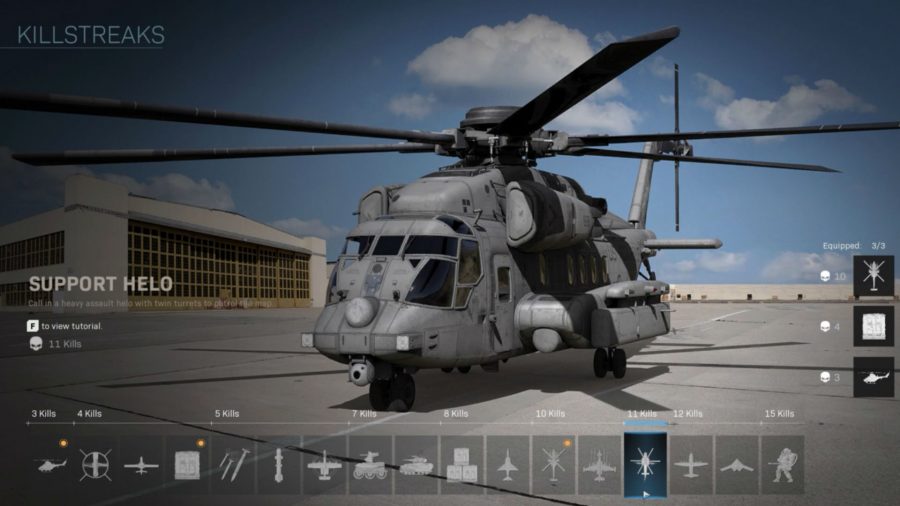 Is it challenging adding things like white phosphorous to multiplayer when you put it in context like you could in single-player?

PH: It’s always a debate that continues every day as we develop the game. It’s always this give and take as we go along, of how we’re representing the game, how people are using it once they get into the game, how do they feel about it. It’s a conversation that goes on every day in the development team.

How do you strike a balance between gritty realism and what’s too close to the bone? How do you identify the line when you’re talking about that?

PH: We have a very large development team, so there’s no shortage of voices and things like that. So, when we set that North Star at the start of the project about realism, we set off that guiding star for the large team to be able to follow.

It’s a challenge because one of the things you don’t get to see is that there are a couple of different things with the medium. You don’t get a lot of the feedback that you do in real life, you don’t get sensory input or anything like that, so it becomes very tough sometimes when you think ‘I’m going to do this realistic thing, but it doesn’t feel realistic in-game, it just feels gamey’ because you don’t understand why it happened, and something just happened to you, and you don’t know why.

So, if realism is this thing we’re going towards, then we swerve either side of it as we try and make something you understand, feel, and see in the way that we want you to.