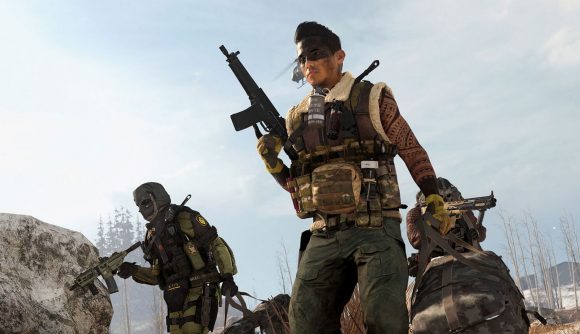 Call of Duty: Modern Warfare and its standalone battle royale spin off Call of Duty: Warzone are getting a new content drop this week, developer Infinity Ward has revealed. Alongside updates to both the FPS game’s and battle royale game’s multiplayer playlists, Warzone gets a returning game mode, and Modern Warfare gets a whole new one: Demolition.

As explained in the multiplayer games’ ‘This week in Call of Duty’ blog post, Demolition “represents tactical chaos at its finest, as players attempt to outsmart and overpower the other team”. It’s somewhat similar to the elimination-based game mode Search and Destroy, tasking you with tactically planting or carefully defusing bombs around the map, but instead of just one single, precious life, Demolition allows you to respawn. There’ll be another games blog later this week detailing Demolition tactics, the studio says.

Alongside the 24/7 Shipment playlist update, which has “a mix of modes on this small map where the action never stops”, there’s a new “all-blueprint battle”, too: Gun Game Reloaded.

In the mode, Infinity Ward says, “get a kill with each weapon to progress through the set”. It’s like the regular Gun Game mode, but you’ll be practising “your skills with a unique set of blueprints” – and you’ll get docked a weapon if you get taken out by a melee or finisher.

For its companion game Warzone, Trios Plunder Blood Money is making a comeback to Verdansk – so you’ll get to scoop some extra in-game cash for wiping out your enemies. Plus, the studio adds, “complete missions, daily challenges, and weekly challenges to gain a boost to ranking up and other gear while battling it out in Verdansk.”

There’s no exact date given for when the updates will go live in the games, but you can expect the new goodies to arrive sometime this week. We have some handy guides to Call of Duty: Modern Warfare weapons and Call of Duty: Modern Warfare Operators, as well as the best Warzone guns, best Warzone loadout drops, and Warzone buy stations for you to take a look at while you wait.