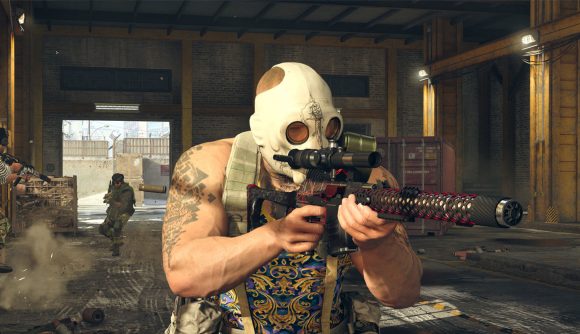 Call of Duty: Modern Warfare and Warzone Season 6 lands later tonight, and ahead of launch Activision and Infinity Ward have provided a host of details on what to expect, including the patch size details and the full seasonal roadmap.

When the Season 6 start time hits, PC Modern Warfare players will have a download of 57GB to pull down. Warzone-only players will have to download 25.5GB. That’s a lot bigger than the downloads our console friends get – Xbox One players have a 22.66GB download, while PlayStation 4 players have a 19.3GB. (This is where we’re at: a 19GB patch seems small by comparison.)

The headline addition for the start of Season 6 is the Warzone map update, which will introduce fast travel subway stations to the battle royale. We’re also getting two new multiplayer maps with Mialstor Tank Factory and the return of Broadcast from Call of Duty 4, a new Gunfight map called station, and a new Ground War map called Verdansk Riverside.

That’s on top of the new Farah and Nikolai operators, and new Armored Royale warzone mode and Killstreak confirmed multiplayer mode, plus the SP-R 208 and AS Val join the list of Call of Duty: Modern Warfare weapons. 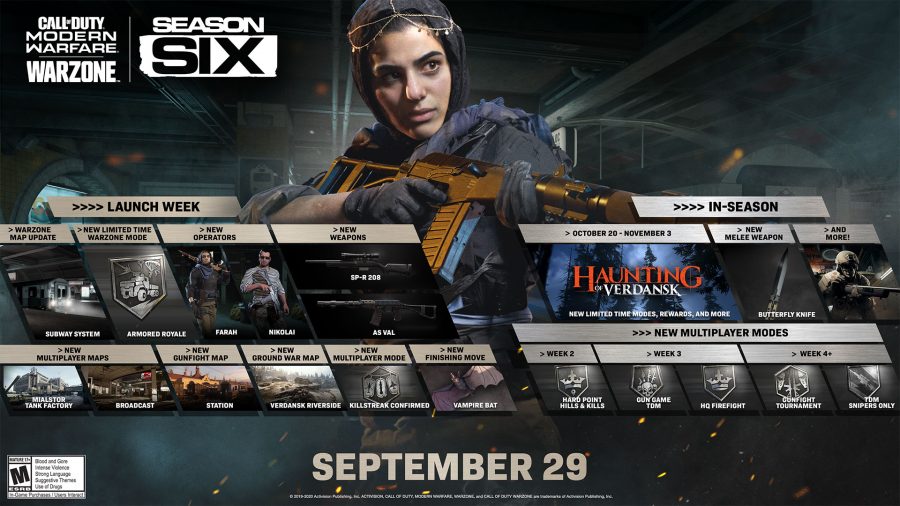 Later in the season, starting on October 20, we’re getting a spooky Haunting of Verdansk event, which will introduce new LTMs and rewards. A butterfly knife will also debut later in the season, as will a number of new multiplayer modes, which you can see in the full roadmap above.