Call of Duty: Modern Warfare will launch as an Nvidia RTX title on October 25, 2019, and publisher Activision says you can expect “high FPS” even with the demanding ray tracing rendering tech turned on at 4K. Sounds promising.

In a post on the Activision Games Blog, the company has listed the specs required for “Ultra RTX” at 4K. First, you’ll need an Nvidia RTX 2080 Super – the second most powerful card in the GeForce RTX 20-series lineup. Then, you’ll need either an Intel i7 9700K or AMD Ryzen 7 2700X (or better) CPU. Oh and don’t forget something in the region of 175GB of storage space.

But with a PC of Brobdingnagian proportions at hand, you’re reportedly ready to enjoy “high” frame rates with RTX on, which is no easy task even for the best of the best. Ray tracing is still in its nascent stages, with only select games and hardware supporting the rendering tech hoping to one day delight players with photorealistic grandeur. But Nvidia has been keen to work with developers to better its RTX tech – and crucially lessen its computational load.

One example is its work with DICE and EA on Battlefield V. While the initially rollout of RTX was debilitating for most GPUs, a few tweaks under the hood resulted in a patch co-authored by the green team that reduced load due to RTX considerably.

This was achieved through selective use of ray tracing in a scene, which limited the scope and impact of the ray-traced effect.

Ray tracing can be used to render an entire scene or across granular effects such as reflections, shadows, and lighting. Call of Duty: Modern Warfare offers up just one: ray-traced shadows. Although this effect alone has been shown to be fairly demanding in at least Shadow of the Tomb Raider. 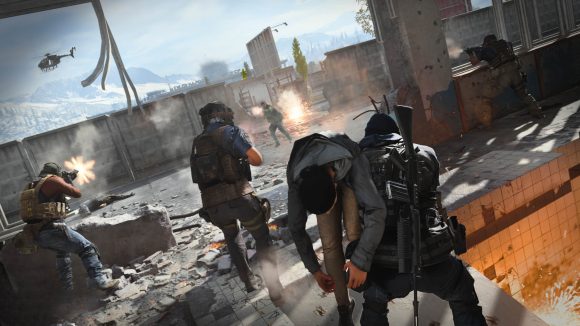 Here are the full system requirements for minimum and ultra RTX:

With a launch date at the end of the month, we’ll soon find out whether CoD can wrestle RTX into something a little more GPU-friendly than those before it. Also check out the CoD: Modern Warfare system requirements to make sure your rig is ready to go, RTX or no.