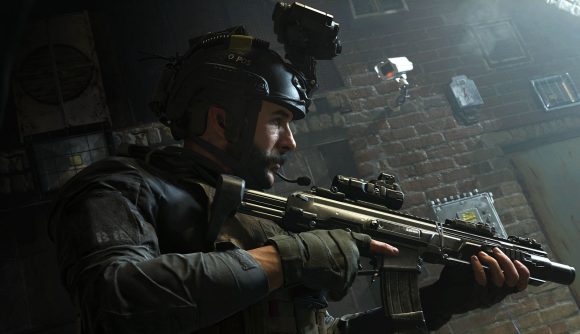 Good news, FPS games fans – the Call of Duty: Modern Warfare Season 4 release date has now landed, and developer Infinity Ward has posted a big batch of notes revealing what’s in store – and it’s a lot. Along with weapon mastery challenges, balance changes, and other fixes, there are some brand-new in-match events for Warzone, as well as a new contraband contract system.

As revealed in the patch notes on Infinity Ward’s site, the new weapon master challenges unlock once you’ve scored ‘Gold’ for a weapon. There are eight challenges for each weapon – each bringing rewards – and there are four playercards and four emblems to pick up, the post explains.

There’s a series of challenges – such as “kill”, “headshot”, and other types – that you’ll need to beat in a specific order (Gold, Platinum, Damascus, then finally Obsidian), with a “special sticker and playercard” waiting at the end as a prize for finishing all of them, across the 51 weapons.

As for the battle royale game’s new content, the in-match events can occur while you’re in the middle of the fray, sometimes without any notice, and “have an impact on the strategy and approach to gameplay”, the studio says. Only one event type of event will pop up in a given match, from a pool of three types available from Season 4’s launch – ‘Jailbreak’, ‘Fire Sale’, and ‘Supply Chopper’.

First up, Jailbreak. Once this type pops up in-match, all players that have already been eliminated will be put back into the match, giving everyone another chance to chase down victory, even if you were spectating or waiting for a 1v1 Gulag elimination showdown. You’ll get 60 seconds’ notice before the event kicks off, giving you time to go scoop some extra goodies, either for you or your returning pals.

Season 4 of #ModernWarfare and #Warzone is rolling out now across all platforms!

Fire Sale, on the other hand, targets the prices of goods at Warzone buy stations, temporarily discounting them by up to 80%  – or even dishing some out for the low, low price of nothing. Plus, during this event type, bringing back a fallen teammate will be totally free, though Warzone loadout drops won’t be discounted. The sales only last a minute, so be quick.

Lastly, the Supply Choppers event “brings a non-lethal, but heavily armoured helicopter to Verdansk”, which is packed with goodies – if you can take it down. Think of it as basically an armoured, flying piñata. The “high quality” loot hiding inside “includes three UAVS, two armour boxes and munitions boxes, a gas mask, a grenade launcher, and tons of cash at a minimum.” Nice. Again, they’re only around temporarily, so you’ll need to be quick about felling it and collecting its dropped loot.

Here are the rest of the patch notes (via Infinity Ward) for Call of Duty: Modern Warfare and Warzone Season 4:

Warzone Rumble is a brand-new mode in Warzone. Two teams of 50 players parachute and battle it out in various areas around Verdansk. This mode is high action with custom loadouts, vehicles, and quick respawns.