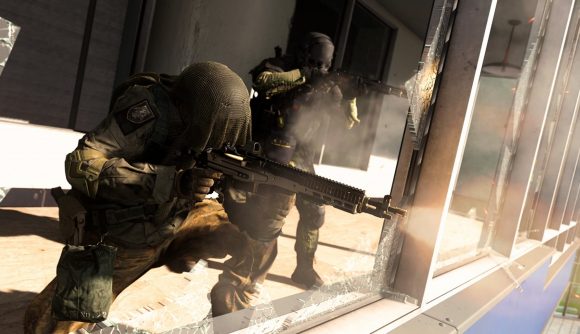 Now that we’re getting into Season 4 of Call of Duty: Modern Warfare and Warzone, a weapon-tuning is on the way. Infinity Ward has said the mid-season update will bring some changes to the current weapons balance in the FPS games.

Speaking on Twitter, co-design director of multiplayer Joe Cecot confirmed a “batch of weapon tuning” will come with the mid-season update, and patch notes therein will explain exactly what’s been rejigged. His reply comes to a player asking about the Grau being nerfed, claiming the assault rifle is ruining the battle royale game at the moment, and comparing it to the multiple nerfs the M4 received soon after it launched.

The Grau is certainly a popular, reliable piece of kit. In our guide to the best Grau loadout, Jordan Forward describes it as “being arguably the easiest to use in all circumstances, with better recoil than the M4 and – thanks to its high muzzle velocity and low damage dropoff – better performance over long distances.” It’s one of the more popular choices in Warzone, and no doubt its wide, all-round usage is something Infinity Ward is keeping in mind for the upcoming tuning.

Season 4 of Modern Warfare and Warzone began just over a week ago, bringing quite the list of changes to the FPS game. Warzone got a new 50v50 mode called Warzone Rumble and three new in-match events, and Modern Warfare got the 2v2 mode Trench Most Pit, among a range of fixes and other updates.

We have a batch of weapon tuning in the works for the mid season update. Patch notes will outline when they drop 🙂 https://t.co/QlaTguFOLJ