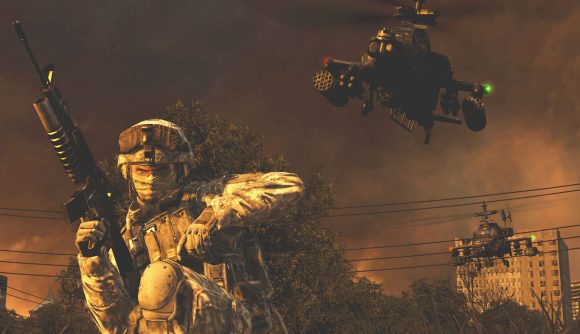 Common gaming wisdom might tell you that Call of Duty’s best years are in the past, and the series’ biggest sales numbers are not going to be repeated. A newly released bit of NPD data suggests otherwise, though. With one exception, a Call of Duty title has been the top selling game in the US every year since 2009.

That train starts with Modern Warfare 2 and carries on through last year’s WWII. The only break in tradition comes in 2013, when the impossibly popular Grand Theft Auto V topped the generally-maligned launch of Call of Duty: Ghosts. This data is based on full game dollar sales across both physical and digital releases.

There are a couple of caveats to that data. Not every company reports its digital game sales, though Activision, EA, Sony, Microsoft, Square Enix, Take-Two, Ubisoft, and Warner Bros. all do. Separately, not every company reports sales on PC, and Activision is among those who don’t tell Steam numbers – Valve’s service is how every digital PC COD release has been handled up until Black Ops 4.

But even without the addition of PC sales, COD has topped the US charts with incredible regularity for most of the past decade, according to the data from NPD’s Mat Piscatella on Twitter. He adds that “best-selling games now can generate more than 5x the dollar volume the top selling games of the late 90’s could.”

Here are the best-selling Video Games in the U.S. by year, 1995-2017. Physical & Digital (for members of DLP) Full Game dollar sales (no DLC/MTX). There is quite a bit to unpack here, isn't there. Source: The NPD Group pic.twitter.com/7ykbu8kJS9

The other big change in the modern market is the proliferation of free-to-play titles and other alternate monetization strategies. NPD’s data will tell us whether Black Ops 4 or Red Dead Redemption 2 comes out on top this year, but total Fortnite revenue is likely make any such debate seem silly. What’s certain is that Call of Duty remains incredibly popular even after all these years.