Vanguard’s WWII setting has brought about some changes to the perk system. For example, radars in the 1940s aren’t like the ones we’ve seen in Black Ops Cold War and Modern Warfare – they’re primitive in comparison. You can upgrade your radar using a perk, but you have to sacrifice a number of powerful abilities as a result. Picking the right set of perks for your playstyle is crucial to winning matches in Vanguard.

The perks you should choose directly correlate with your favourite Call of Duty Vanguard weapons. It’s also important to note that you may need to switch up your perks depending on what the current meta is. If everyone is using subsonic rounds to stay off the radar, this makes the Radar perk useless. Keep track of what your opponent’s loadouts contain to stay ahead of the curve. Here are the best perks in Call of Duty Vanguard. 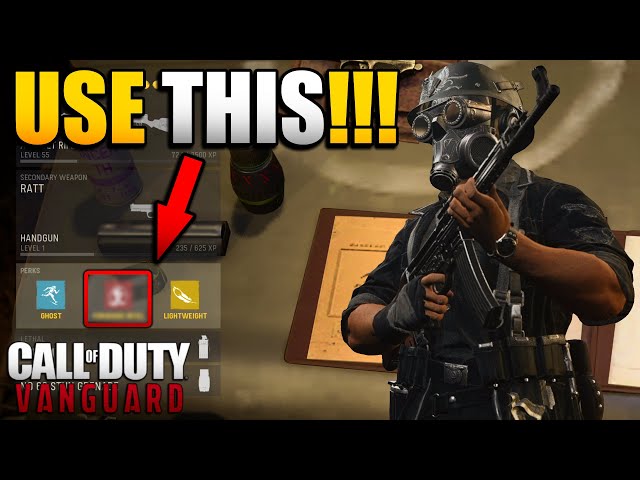 At launch, one of the best perks available is Forward Intel. As demonstrated by JGOD in the video above, it currently allows players to see where enemy respawns are happening in the mini-map, giving you advance warning of any enemies that can appear behind you or showing you where you should pre-aim. It’s helpful for sniper builds, such as the 3-Line Rifle, and more aggressive loadouts, but this perk will probably see a nerf soon.

If you want to pick off players using a sniper rifle, opt for Ghost, Tracker, and Overkill. Not only does this setup keep you off the radar, it helps you spot enemies as they run through the battlefield. In addition to this, you have access to a second primary weapon to blast away flankers with an assault rifle if they get too close.

As for aggressive builds, we recommend picking Fortified, Radar, and Overkill. Fortified should keep you alive in situations where grenades and explosive rounds would usually kill you. Radar is essential as it points you towards enemies that think they’re undetectable. Finally, Overkill is far too good to ignore in Vanguard thanks to the new gunsmith system, which adds ten attachments to each weapon. No matter how good you think you are with a secondary gun, nothing beats a primary weapon.

And that’s all there is to know about the best perks in Call of Duty Vanguard. Don’t forget to check out our guide on the Call of Duty Vanguard maps to see what levels are coming to the game. Shortly after the release of Vanguard, Warzone is going to receive a big update which drastically changes the battle royale game. Check out our guide to learn more about the new Warzone map replacing ‘80s Verdansk.