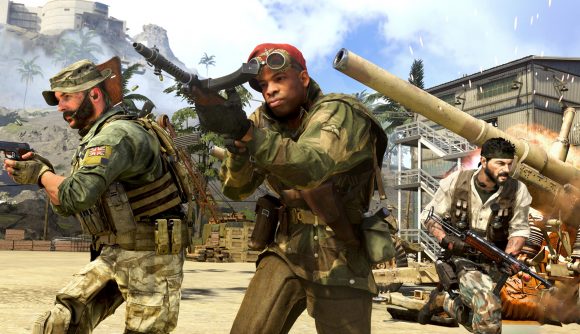 The Call of Duty: Vanguard Secrets of the Pacific event, part of a crossover with Call of Duty: Warzone meant to gear players up for the launch of the new Caldera battle royale map in Warzone and the start of the new season one, has been put on pause while the developers identify the source of widespread crashes in the FPS game.

Secrets of the Pacific went live today, but quickly ran into trouble. Vanguard players reported crashes kicking them out to the home screen. Some reported that the crash appears to happen when someone uses the attack dogs killstreak in multiplayer, but so far Sledgehammer hasn’t confirmed this is the source of the bug. Other players have said the crash happens at random times, even when the attack dogs killstreak isn’t active.

Whatever the case, the developer has disabled the Secrets of the Pacific event, but have said that any challenges you’ve already completed in the brief time it was available will be unaffected – you’ll keep any progress you made when the event returns.

The issue only appears to be affecting Vanguard, so Warzone players shouldn’t have to worry about this crash.

We're disabling the Secrets of the Pacific event in #Vanguard while we squash this bug 🪲🔨 https://t.co/hZXJVT2tgO