Want to know more about Call of Duty Vanguard and Warzone Season 2? Although Vanguard and Warzone Pacific had a strong start, the first season of content couldn’t match up to the community’s expectations. Powerful weapons were added to both games, including the Cooper Carbine and Welgun, but the highly requested balance changes didn’t arrive until the 1.5 mid-season update.

Warzone Pacific’s Vanguard Royale mode only uses weapons from the WW2 game, so new guns usually shake up the meta in a big way. The battle royale game has a number of issues right now, prompting the developers to apologise for the number of bugs on Twitter. Call of Duty seasons usually contain plenty of bug fixes, so there’s a good chance a lot of the glaring issues are dealt with when Season 2 launches.

On top of all of that content, there’s even a new Dark Aether hub world coming to the game based in Egypt. Here’s everything you need to know about Call of Duty Vanguard and Warzone Season 2.

The Call of Duty Vanguard and Warzone Season 2 release date is February 14. Activision has confirmed that Season 2 has been delayed in order to spend more time fixing the bugs in Warzone Pacific.

Nebula V is a deadly chemical that can be found in very small batches around Caldera. This comes in the form of a field upgrade called Nebula V Ammo – compared to normal ammo, this doesn’t deal any additional damage, but it does come with a powerful effect. When a player shot with Nebula V ammo is revived, the bullets emit a poisonous gas cloud.

The poisonous gas deals damage just like the circle collapse. This makes it very difficult to revive a teammate when enemies are around as your vision becomes blurred, you take damage over time, and it hurts the duration of your gas mask. Players can only replace one clip of their ammo for Nebula V ammo, but that should be enough when fighting multiple enemies up close. 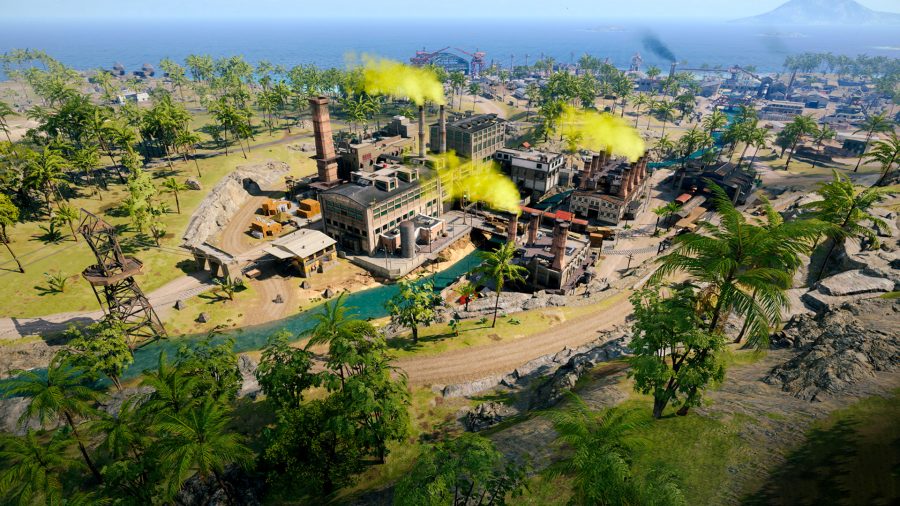 There’s also the Nebula V Bomb, listed as one of the rarest items in Warzone Pacific, this locked briefcase is capable of causing a massive explosion alongside a delayed gas release. The gas sticks around for two minutes, and it can hurt anyone without a gas mask. This item should be devastating in the late game when there’s not a lot of room to hide from other players.

You have a chance to pick up a Nebula V Bomb by destroying the armoured transport trucks driving around Caldera. This truck is no slouch, however, as it’s ready to throw down mines and activate its machine gun turrets against incoming players. The truck is guaranteed to drop valuable items when it explodes, so be prepared to collect the loot immediately.

There are four weapons coming to Vanguard and Warzone this season: KG M40 assault rifle, Whitley LMG, Ice Axe melee weapon, and Armaguerra 43 SMG. The KG M40 and Whitley are going to be available for free in the battle pass, whereas the Ice Axe and Armaguerra 43 will arrive in the mid-season update.

Vanguard Royale’s latest vehicle is the Bomber Plane, an air to ground striker capable of destroying vehicles, infantry, and loadout drops. Prior to this update, players couldn’t interfere with their rival’s loadout drops. This Bomber Plane has the potential to shake up the meta if players can’t rely on loadout drops to pick up their best set of weapons.

Bomber Planes can be countered by Fighter Planes and other anti air weaponry, so this vehicle shouldn’t become too powerful. Speaking of planes, the next update is going to decrease the amount of health on both vehicles, making it easier to shoot those pesky birds down. 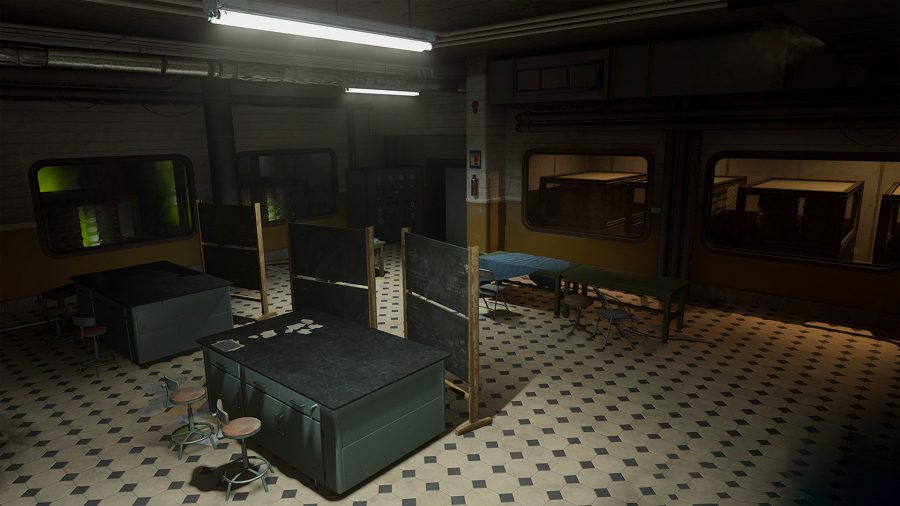 For the first time since the new Warzone map launched, Caldera is going to receive two new points of interest: Chemical Factory and Underground Chemical Weapons Research Labs. The Chemical Factory replaces the same location that used to produce phosphate. The layout of this area is largely the same, except enemy soldiers now guard the facility. As a result, the loot has been improved here, giving players a reason to raid the factory.

There are seven Underground Chemical Weapons Research Labs spread throughout Caldera, each containing high level loot like gas masks and Nebula V ammo. Similarly to the factory, it looks like Axis soldiers are guarding this location – you need to have some weapons ready before you try to enter this area.

Players will spot a new blimp icon on their maps – this is a Redeploy Balloon, similar to the ones seen in Apex Legends. These balloons give you an opportunity to launch into the sky, making it easy to reposition your squad. Redeploy Balloons start the game inflated, but players can destroy them using weaponry or planes. If you want to use a destroyed balloon, simply pay the $300 in-game dollars to inflate them. 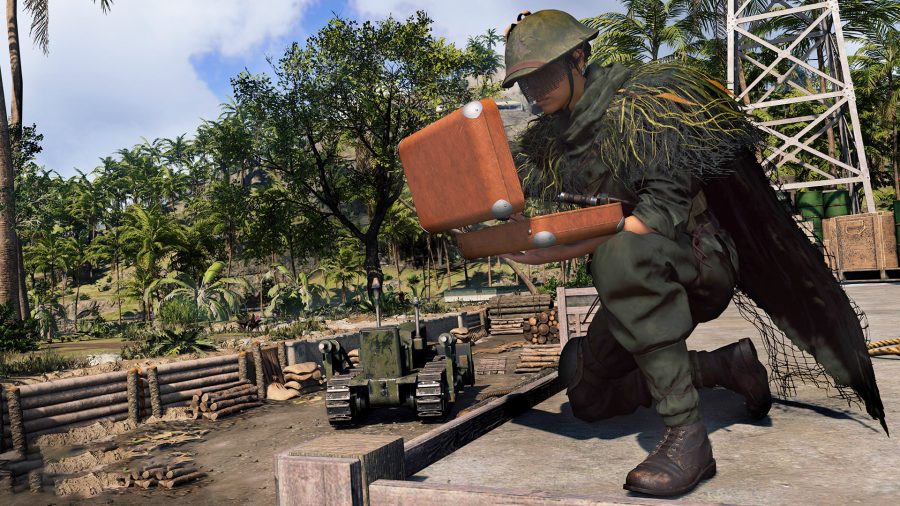 Warzone Pacific is introducing the Portable Decontamination Station (P.D.S.) which temporarily filters the gas from the circle collapses and Nebula V. This mechanic appears to work like the heat shields in Apex Legends, giving squads a short period of time to heal up before they have to travel within the safe boundaries of the circle. The P.D.S. is classed as field equipment – it can be easily destroyed using explosives and the device can be spotted by nearby enemies.

Two limited time game modes are coming to Warzone Pacific Season 2: Caldera Clash and Rebirth Iron Trials. Caldera Clash is the follow up to Warzone Rumble and Clash on Verdansk ‘84, pitting two teams of up to 48 players against each other in a Deathmatch. Players have access to their custom loadouts from Call of Duty Vanguard, giving them the tools they need to rack up numerous points by scoring kills. The team that reaches the highest number of points wins the game.

Rebirth Iron Trials is based on Iron Trials ‘84, featuring a limited weapon selection and a faster time to kill speed. This is a fast paced game that only contains a maximum of 40 players, split into 20 duo teams. 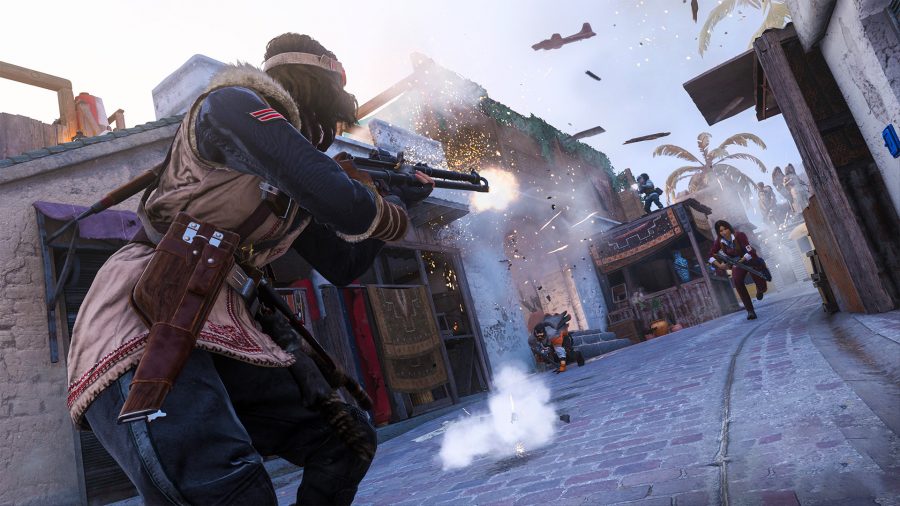 Casablanca, the map rumoured to be coming to Vanguard for months has finally been revealed. Taking place in Morocco, this medium sized map is split into three lanes. The second map confirmed for launch is Gondola, a snowy medium sized map that is also split into three lanes. This map features a moving gondola – players need to remember to get off because it rides off the side of a cliff.

A new multiplayer mode is heading to Call of Duty Vanguard at the beginning of Season 2: ranked play. This mode is going to be in beta at launch, giving players an opportunity to experience competitive Call of Duty for the first time. There’s going to be league-approved rules, skill rankings, and competitive rewards at the end of each season. 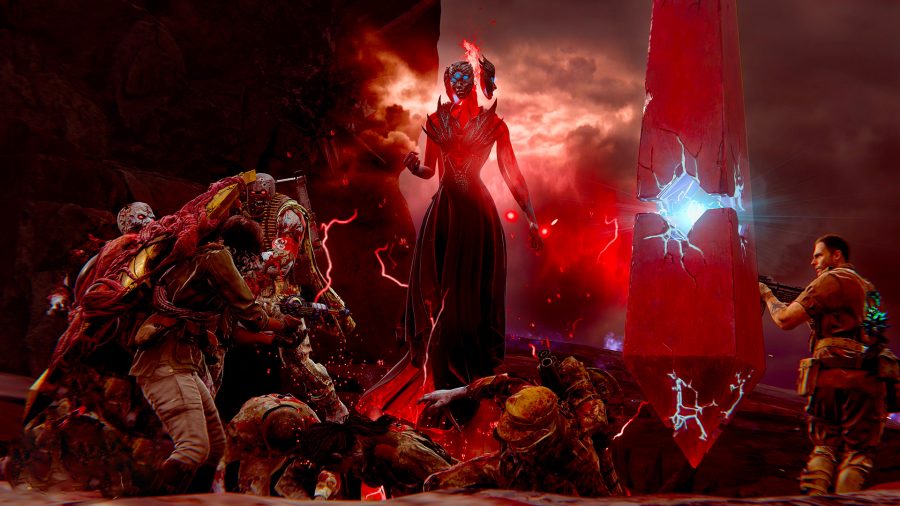 After months of waiting, Zombies has finally received a big update which adds new Wonder Weapons, Zaballa the Deceiver, and new weapons. In addition to Der Anfang, Terra Maledicta is the latest hub world, taking place in Egypt’s eastern desert. This new location opens up brand new areas in the Dark Aether, allowing the Special Forces fighters to find the lost page of the Tomb of Rituals.

Zaballa the Deceiver is from Kortifex’s army, and she’s ready to give your team some hassle. Zaballa hides behind her three masks, however, finding these masks and destroying them won’t be an easy task. Fortunately, we have the Decimator Shield and the Ray Gun wonder weapons to look forward to. The Decimator Shield is brand new to the series and is capable of performing a large blast to clear any nearby enemies. The Ray Gun can only be found in a Mystery Box or as loot, so you might struggle to find this rare item.

Finally, the Artifact Ward is a new ability found at the Altar of Covenants. This is a risky artifact to use, but you can be rewarded heavily if you have enough health points. The Artifact Ward activates for free when you receive a melee damage from the rear, however, this isn’t guaranteed to trigger, even if the rarity of the artifact is Legendary.

That’s everything there is to know about Call of Duty Vanguard and Warzone Season 2. The next big balance update for Warzone Pacific is likely going to arrive alongside Season 2, so it’s worth using our best Warzone loadouts while they’re still on top. If you prefer to use your own loadouts, our best Warzone guns guide can give you an insight into the current weapon meta.