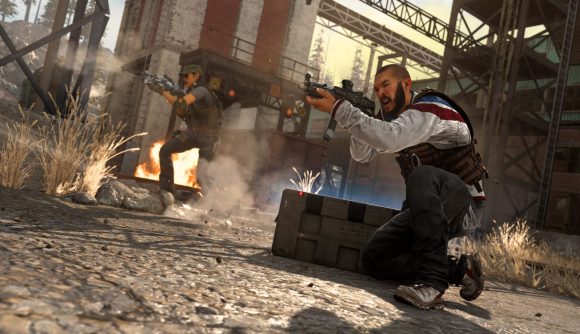 Call of Duty: Modern Warfare and its standalone spin-off Call of Duty: Warzone have just got anti-cheat updates which, along with some “additional dedicated security” measures, bring a big change to both the FPS game’s and battle royale game’s matchmaking. Going forward, players suspected of cheating will be plonked into matches with eachother.

As reported by our sister site The Loadout, the Call of Duty: Modern Warfare April anti-cheat update posted on Twitter by Infinity Ward details several changes on the way to the two multiplayer games “starting this week”. Among the other general security updates, the post announces a new measure: “Updated matchmaking to match suspected cheaters together”.

This will surely be a welcome relief for players, particularly given Warzone’s been facing some problems with cheaters since its release last month. Earlier this month, publisher Activision revealed it had already permanently banned over 50,000 Call of Duty: Warzone cheaters and, more recently, console players have been turning off crossplay because PC cheating has become such a problem.

In addition to making suspected cheaters have to play against eachother, the post announces players who report them “will receive confirmation in-game when a player is banned”. Plus, another feature is one the way soon: “Report-a-player functionality to killcam and spectate modes”. Sweet.

There’s no confirmation on when this will make it to the game just yet, but fingers crossed the changes coming this week will mean your chances of facing a cheater in-game drop significantly.

If you’re a fan of the game, we have some guides to the best Warzone laodout drops you can pick, as well as the Warzone buy stations and Warzone vehicles which you might find handy ahead of your next match.