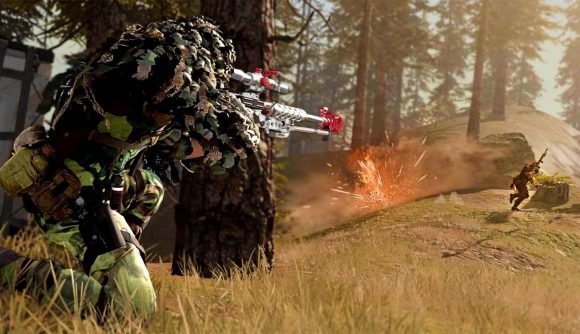 Talk of cheating is never too far away from Call of Duty: Warzone. Since February of this year, Raven Software has kept fans abreast of the ban waves it has been sending out. Since that initial blog post, we’ve had seven high-volume sets of bans, two coming this month alone. Now, though, The CoD team has posted another grander-scope update, telling fans that more than 475,000 accounts have been banned as of this very day.

“Cheaters are never welcome,” the post reads. “To date, our security and enforcement team has issued more than 475,000 permabans in Call of Duty: Warzone. Yesterday’s large banwave was our seventh high-volume set of bans since February. In addition, our security and enforcement teams also issue bans daily – seven days a week – to individual offences or repeat offenders. The combination of daily bans plus large-scale banwaves are an integral focus of our efforts.”

The Call of Duty team goes on to explain that it’s also tackling the commercial market of cheat providers and resellers, which includes suspicious accounts that are farmed and sold to repeat offenders. Just recently, the team banned around 45,000 fraudulent black market accounts.

So how’re the team doin’ it? Much like before, it’s a combination of two-factor authentication, ramping up additional resources to support its security and enforcement teams, more banwaves, and the improvement of regular communication. The CoD team also confirms that, yes, it does issue hardware bans against repeat, serial cheaters.

An update on the anti-cheat progress:

To date, 475,000 permabans have been issued. Read below for details on the efforts being made, and follow @RavenSoftware for more.

There’s only so much the team can give away without, you know, giving away too much of its plan to bad actors, but expect plenty more updates in the future regarding banwaves.

In the meantime, if you’re looking for some help in tackling the baddies, our best Warzone loadout might help.