Balancing any game is a difficult task. The second things get more complicated than Pong, you’re suddenly dealing with variables that can quickly grow tendrils and become a monster. In a fighting game a developer may have one to two dozen characters that must function harmoniously across all possible combinations. This is an incredibly difficult thing to achieve and balance patches are frequent in the genre.

Call of Duty: Warzone is in the middle of a balance crisis. Unlike most battle royale games, in which floor loot is pre-determined from a small pool of weapons, Warzone’s Loadout system means that players can essentially wield any weapon from the base game, with whichever attachments they want.

And what have players done with access to literally several thousands of mod combinations? Well, they’re racing each other to create an unparalleled death machine, of course, and Infinity Ward can’t keep up. By the time the studio discovers and nerfs a weapon that’s been causing the community bother, those really dedicated to the cause have found five other weapons that’ll atomise any enemy who dares be on the same map as them.

While the frequency of this organic, player-led discovery is very much a product of live-multiplayer games, it’s making daily Twitter searches of ‘OP Warzone loadout’ an essential part of my pre-game ritual. 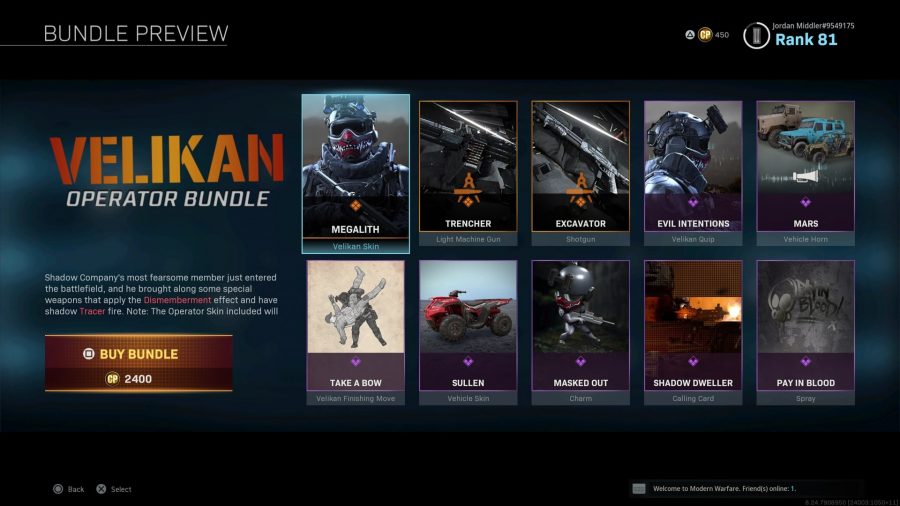 If anyone were to ask me at any given time what the best gun in the game was, I’d be worried they’re trying to out me as a fake fan that isn’t keeping up with the minute-by-minute META discoveries that the community seems to be on top of. I’m reminded of a Grampa Simpson quote:“I used to be with ‘it’, but then they changed what ‘it’ was. Now what I’m with isn’t ‘it’ anymore and what’s ‘it’ seems weird and scary. It’ll happen to you!”

Players are racing to create an unparalleled death machine

Take the FAMAS for example. Before a recent patch, the FAMAS was an unassuming assault rifle that would do a decent job, but would rarely find its way into the loadouts of serious players due to there being far better options. That was until the gun was given a buff to its damage range. This bumped it up in the estimations of players somewhat, but it was the unintended consequences of this buff that made it one of the most broken guns the game has offered in its five seasons.

Y’see, the FAMAS has an optional shotgun barrel attachment. Shotguns don’t get a lot of play in Warzone, if you’re close enough for someone to shotgun you, you should have turned them and their general vicinity into a Jackson Pollock painting with your MP5. However, with this buff to damage range, the FAMAS Shotgun could literally one-shot people from 50ft. 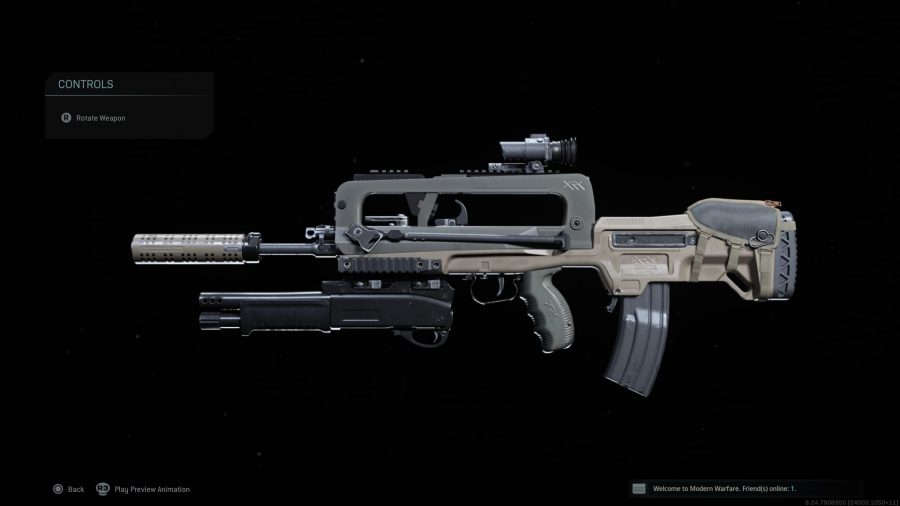 This, of course led to absolute anarchy and a conga line of TikTok’s demonstrating the gun’s comical overpowering. While we’re on the topic of TikTok, if you’re really interested in making sure you have the latest news on which guns you need to be using in Warzone, I highly recommend it. It’s getting to the stage where I feel like I’m going to swipe up to find out that a throwing knife with a very specific set of perks behind it has damage parity with three RPG’s fired in unison.

Aim true: Our guide to the best Warzone guns

Activision isn’t exactly helping itself with the patches it releases, either. The most recent scourge of Verdansk was the BruenMk9, an all-round perfect primary weapon that’s fast, has ridiculous range and will cut down people like the armour plates they gathered were more metaphorical than physical. It recently received a damage range reduction which was so insignificant that it would be like making the argument that I only threw 11 bricks through your car window, not ten. 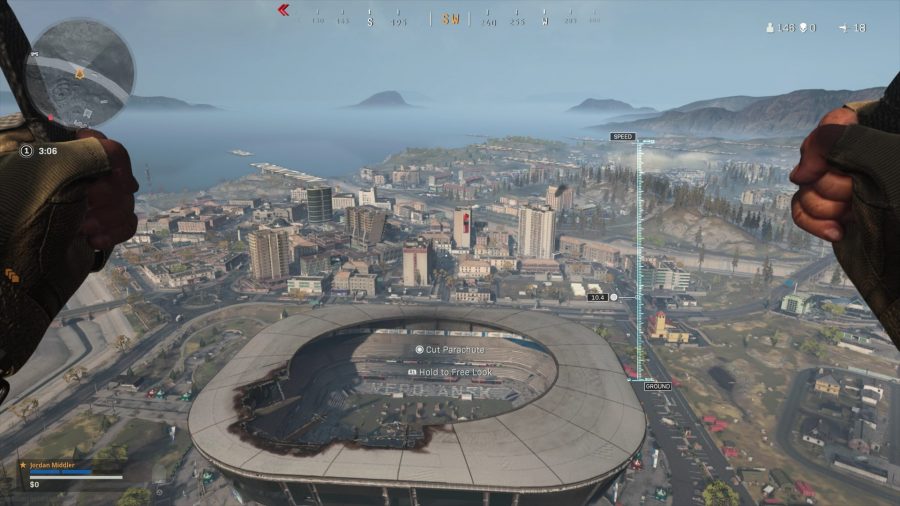 After the community gently pointed out that the tweaks essentially made no noticeable change, the studio completely cut the legs off of it, decreasing torso damage and increasing recoil to the point where it was like trying to thread a needle with an industrial jackhammer.

Now the most broken rifle is the KILO. Or the M4. Or the GRAU. Honestly, with the rapidity and complete randomness of the changes to the balancing of guns, it feels like between rounds your favourite weapon could go from the Death Star to your bullets having all the penetration of a ghost gently tapping your enemy on the shoulder.

Tool up: Make sure you use the best Warzone loadout

In theory the huge variance in weapons and attachments should make Warzone the most versatile battle royale on the market, but due to the final areas often taking place in short range environments that encourage a very small pool of weapons, it’s quickly become one of the most homogenised. I say this now, of course, but don’t be surprised ifl a 60GB update drops in the next 30 minutes which somehow imbues the riot shield with the range of a surface-to-air missile.