Looking for the best KG M40 loadout in Warzone Pacific? Call of Duty Vanguard and Warzone Season 2 introduces massive changes to the battle royale game, both in terms of bug fixes and new features. The latest season was delayed by two weeks in order to address some of the issues players are experiencing with both Vanguard and Warzone. The update includes point of interest changes to Caldera, new items, and four new weapons.

The KG M40 boasts the second highest damage per shot in the ​​assault rifle category, yet it’s surprisingly accurate when fired from mid to long range. With a fire rate above 600 RPM, you might struggle to control the weapon’s recoil at first, but this can be managed with enough practice. Using our optimised loadout, we can bolster the KG M40’s accuracy even further to turn this weapon into a low recoil monster from a distance.

The last few weapons added to Warzone Pacific have shaken up the meta, including the Welgun and Cooper Carbine, two excellent weapons that have become staples of the game. We hope the KG M40 and the Whitley LMG will bring something new to the table, so here’s everything you need to build the best KG M40 loadout in Warzone Pacific.

The MX Silencer is a great choice for the muzzle slot as it improves the KG M40’s vertical and horizontal recoil control, perfect for landing consistent shots from a distance. This attachment does hurt the weapon’s aim down sight speed, but this isn’t too bad considering we won’t be fighting at close range. To top it off, the MX Silencer adds sound suppression to the assault rifle, stopping any shots from appearing on the minimap.

Up next is the Reisdorf 720mm Shrouded which has the largest impact on the KG M40. Sacrificing mobility for stability and control, this barrel substantially improves the gun’s bullet velocity, recoil control, and overall accuracy. There are some bonus effects too, such as flinch resistance, and reduced scope sway and gun bob to make long range shooting slightly easier. Unfortunately, this comes at the cost of reduced aim down sight speed, sprint to fire speed, and movement speed.

To reinforce the long range capabilities of the KG M40, the 1229/Slate 3.25x Custom seems like a smart choice. For the stock, the VDD 22G Padded is a great option that also trades mobility for accuracy. The stock forgoes aim down sight speed, spring to fire speed, and hip fire accuracy in exchange for improved recoil, accuracy, and movement speed. It’s rare to find a Vanguard weapon that doesn’t use the M1941 Hand Stop underbarrel. This attachment improves the KG M40’s recoil control and accuracy, but it makes the weapon’s hip fire accuracy worse.

To ensure this gun has enough bullets to pick off multiple enemies, we’ve gone for the .30-06 60 Round Drums magazines. Not only does the assault rifle gain 60 bullets per magazine, it also improves the damage and range at the expense of mobility, control, and accuracy. For the ammunition, pick Lengthened to improve the gun’s bullet velocity without introducing any negative effects.

The Polymer Grip bolsters our game plan by improving the KG M40’s accuracy and recoil while firing, and it improves the gun’s flinch resistance. Continuing on from this, Tight Grip is the perfect partner to the Polymer Grip as it accomplishes the same task without adding flinch resistance. Finally, Fully Loaded adds more starting ammo to the KG M40 – this should stop you from running out of bullets just as the match starts to heat up. 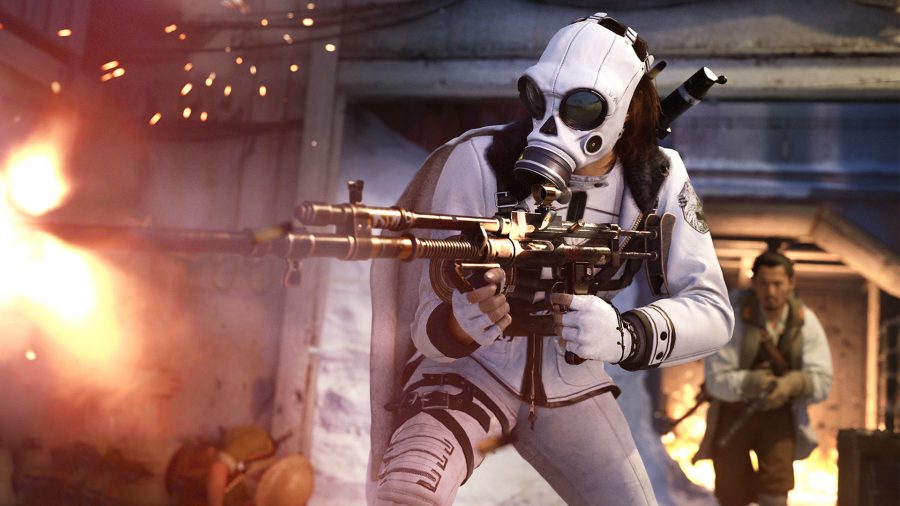 HOW TO UNLOCK THE KG M40 IN WARZONE PACIFIC

And that’s everything you need to create the best KG M40 loadout in Warzone Pacific. Our KG M40 build has been designed for mid to long range encounters, so we highly recommend picking one of the best SMGs in Warzone Pacific as a secondary weapon. If you’re searching for meta builds, check out our best loadout drops guide to find out which weapons you should use in Warzone.