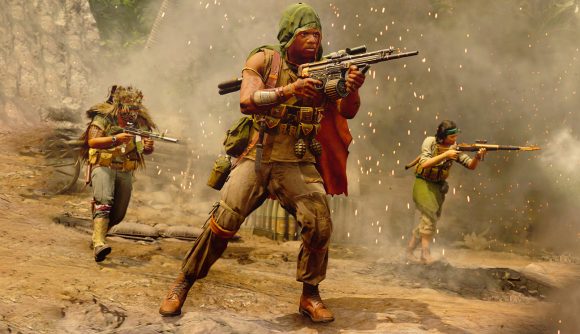 Activision, the publisher of popular battle royale Call of Duty: Warzone, has filed a lawsuit against the owners of a popular cheat software site, EngineOwning. The lawsuit alleges that the cheats sold by EngineOwning have caused “irreparable damage” to Call of Duty and Activision’s reputation, and asks the court to issue an immediate and permanent injunction against the site, preventing it from operating in the United States.

The suit, filed January 4 in US District Court in California, alleges that EngineOwning develops, sells, distributes, markets, and supports “malicious cheats” that include aimbots, triggerbots, and wallhacks, as well as software that claims to make the cheat software undetectable by Activision’s anti-cheat technology.

Activision’s suit points out that EngineOwning sells cheats for a range of its games, including several Call of Duty titles like Warzone, Black Ops III, and Modern Warfare III. The site is currently developing similar cheats for Overwatch, which falls under Activision Blizzard’s umbrella, and the site itself offers cheat ‘services’ for non-Activision games such as Battlefield V, Halo Infinite, and Splitgate.

In addition to an order from the court barring EngineOwning from operating in the US, the suit also seeks financial compensation – Activision’s suit seeks all proceeds from the sale of cheats for Activision’s games, punitive damages for one count of unfair competition, and money to cover all related attorney’s fees.

That could amount to a substantial sum, as Activision claims the cheat maker’s software has been used in “thousands” of breaches of its terms of use violations by users, and has required Activision to divert significant company resources to developing new cheat detection methods and manually banning users. “By Activision’s estimation, such damage may amount to millions of dollars,” the suit reads.

For its part, EngineOwning has yet to make any public statements about the lawsuit. Its most recent tweet features a video of cheat software running in Overwatch.