Want to unlock the FARA 83 assault rifle and LC10 SMG in Warzone? The first season of 2021 has finally dropped and there are two brand new weapons to unlock. Both of them have their uses, and the consensus from the Call of Duty community suggests that the FARA 83 may just be the best new assault rifle in the game, while the LC10 SMG is a new viable sub-weapon alternative for snipers.

The good news is that if you own Warzone and Cold War, the progression systems in both games allow players to earn experience across games. Any attachments and weapons earned during your sessions are unlocked for both games, saving you tons of hours.

Both the FARA 83 assault rifle and LC10 SMG can be unlocked in the free battle pass. You won’t need to spend any money to get these two weapons.

The FARA 83 can be unlocked by reaching tier 15 in the Call of Duty Cold War and Warzone season two battle pass. It’ll take some getting used to the recoil, as it’s quite high, but its fire rate is the highest for any assault rifle in the game. This means it’s a beast at medium range, able to eliminate enemies with a shorter burst than other ARs. Slap on the most efficient attachments and you’re good to go. 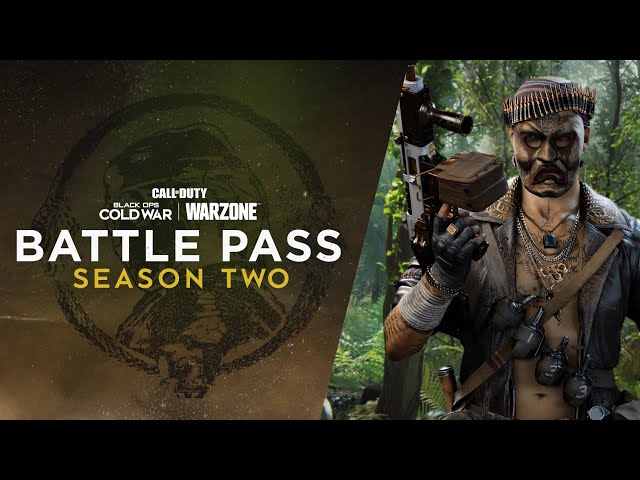 You can gain access to the LC10 SMG by reaching tier 31 in the Cold War and Warzone season two battle pass. Where it fits into Warzone’s meta is a bit tricky, given that it’s very similar to the MP7 with a slightly worse fire rate. It won’t be taking out multiple targets easily, and at short range it’s not beating out the Mac-10 or MP5. However it’s a little more effective at a slightly longer range, meaning that it’s a great alternative to the FFAR 1.

This is because the LC10 SMG has more mobility and versatility than the FFAR 1, so you can use it effectively in different situations. It also has very little recoil, so it’s easier to land shots on your target. If you’re trying to get between points to snipe from, then this is a great choice.

If you’d rather not play the game to get access to these weapons, then be prepared to spend CoD points to unlock tiers. We don’t really recommend this as both weapons are rewarded very early on in the free battle pass, so it’s worth just playing the game instead.

That’s everything you need to know about how to unlock the FARA 83 and LC10, but if you’re interested, we have a Warzone bunker code locations guide for every single bunker on the map.