The Ghosts of Verdansk gamemode arrives in Warzone as part of The Haunting Halloween event, and there are plenty of spine-chilling challenges to face in this seasonal game mode. If fighting for your survival in the city of Verdansk wasn’t invigorating enough, the new game mode introduces a paranormal challenge to the battle royale game.

When players die, instead of heading to the gulag, they’re turned into ghosts. Ghosts are able to move around the battlefield with ease thanks to their weightless bodies. You can’t fire weapons as a ghost, but you can swipe at your enemies to deal some damage. This spectral threat has a psychological impact on players, too, in the form of a fear meter that gradually increases whenever you’re in peril. A maxed-out fear meter leads to your character hallucinating, making it even harder to survive. In order to secure a victory in Ghosts of Verdansk – and complete the achievement to unlock the new LAPA SMG – at least one of your squad must be alive as a human at the end.

The Ghosts of Verdansk gamemode launches on October 19 and lasts for two weeks, so you have a limited time to get to grips with ghostly combat. Here’s how to play as a ghost in Warzone.

How to play as a ghost in Warzone

When you die, you are instantly turned into a ghost, gaining additional movement skills but losing the ability to use weapons.

As a ghost, players can charge up a jump to leap through the air, and they can glide when falling from a high drop. There’s even a teleport ability which allows you to silently make your way behind enemies, though this does come with a longer cooldown than the jump ability. Finally, ghosts have access to a spectral blast which stuns operators and disables vehicles with an area of effect attack.

How to respawn into a body

If a ghost acquires three souls, they’re able to drop back into the game as their original operator. Killing an operator with the ghost’s swipe attacks causes the enemy to drop a soul. Another way players can come back into the game is to land a finishing move on an operator – this keeps the enemy’s soul perfectly intact, allowing you to instantly respawn onto the map.

Ghosts can’t access sacred ground. However, if enough ghosts ram into a protected area enough times, they can destroy the sacred ground and force the operators out into the open space.

The easiest way to respawn back into your body is by landing a finishing move to an unsuspecting operator. It’s difficult to land a finishing move outside as the animation can be cancelled if someone fires a weapon at you – we recommend staying inside buildings as ghosts have a much easier time in a confined space. Stay close to the walls and use your teleport ability to sneak behind players. It’s vital to save your teleport when enemies are nearby as this is the only way to consistently land finishing moves. 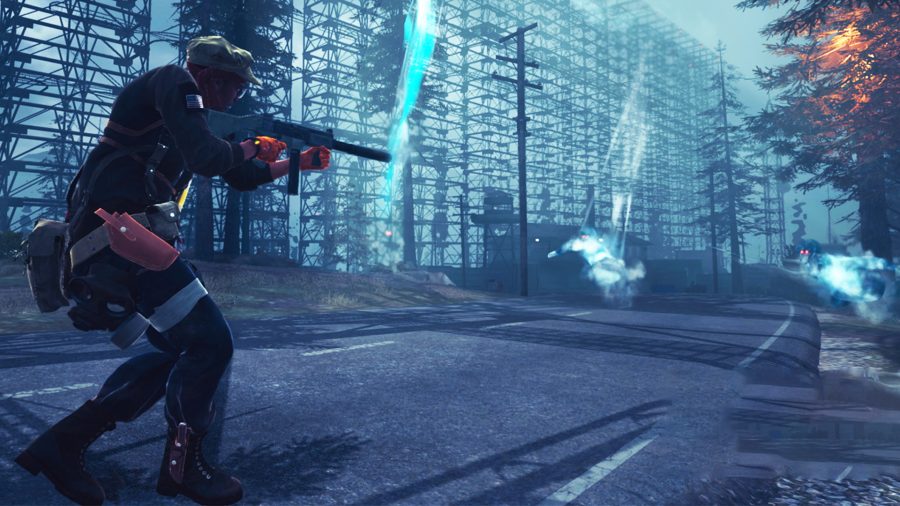 If you’re playing in the solos playlist, it’s considerably easier to perform a finishing move as your opponent won’t have any squadmates to save them. It’s not impossible to do this in duos or squads, but you may need your human teammates to help out. When your team gets into a firefight, use this opportunity to flank the opposing squad, then perform a finishing move on them when they’re distracted by gunfire.

That’s everything you’ll need to win the Ghosts of Verdansk event in Warzone. Hopefully your fear level is now back to normal and you’re ready to re-enter the event – check our best Warzone loadout guide for more tips on your way to victory.