Want to unlock the Mac-10 SMG and Groza assault rifle in Warzone? The latest season of Warzone has arrived, introducing new weapons, a brand new warzone map, and even more operators to play as. The consensus from the Call of Duty community is in and it appears both of these weapons are some of the best Warzone guns, so you’ll want to pick them up straight away.

Activision has linked the progression systems in Warzone and Cold War, allowing players to earn experience no matter which game they decide to play. This means that any attachments or weapons you earn throughout your play session will be unlocked in either game, saving you plenty of hours. Be sure to check out our Mac-10 loadout and Groza loadout guides before heading into the fray.

Both the Mac-10 SMG and Groza assault rifle are available in the free battle pass, meaning you won’t have to spend any money to access them.

The Mac-10 can be unlocked by reaching tier 15 in the free Call of Duty Cold War and Warzone season one battle pass. This SMG might look miniature, but it’s speedy rate of fire makes it lethal at close range. If you’ve been using the MP5, the Mac-10 might give you a serious headache when it comes to picking a trusted loadout. 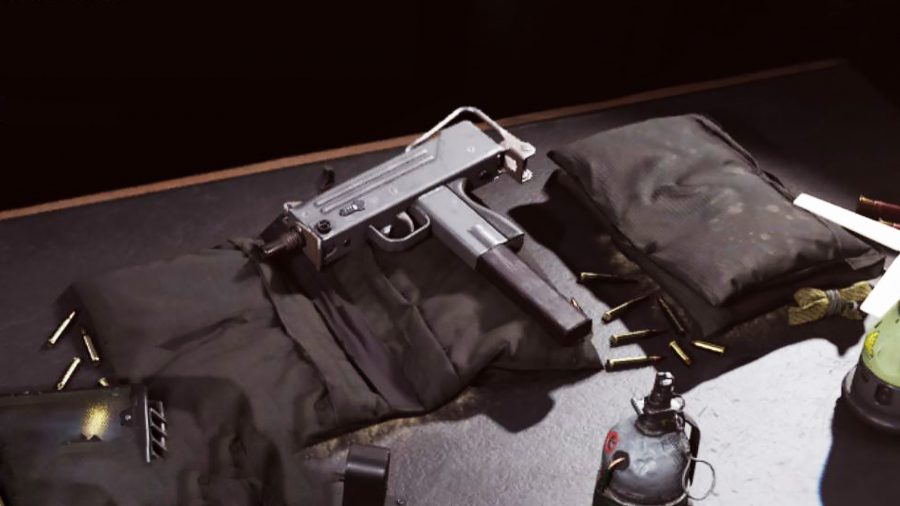 Cold War players might be confused about the Mac-10’s sudden burst in popularity as it’s rarely used in multiplayer. The reason for this is the weapon stats differ from Cold War to Warzone. As a result, the Warzone variant of the Mac-10 features a higher rate of fire which increases its damage output, making it a solid pick for the battle royale mode.

You can gain access to the Groza by reaching tier 31 in the free Cold War and Warzone season one battle pass. This Soviet bullpup assault rifle is surprisingly strong at all ranges – it can be customised with a variety of attachments to suit any playstyle.