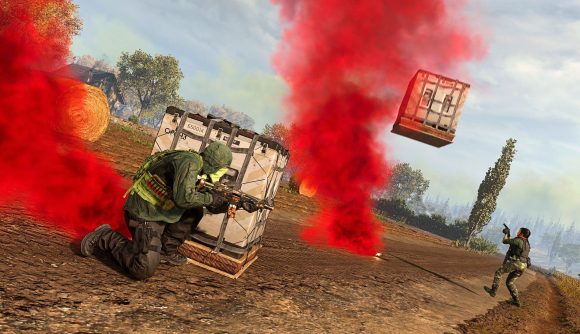 Call of Duty: Warzone might have launched earlier this year as a standalone spin-off to Call of Duty: Modern Warfare, but it looks like it’ll continue to run parallel to new releases in the long-running FPS games series. Infinity Ward narrative director Taylor Kurosaki has said the studio intends for the battle royale game to be around for a while yet – and that, while other CoD “sub-franchises” might “come in and out of focus […] Warzone will be the one constant”.

That’s according to an interview with GamerGen, in which the dev talks about the battle royale game’s future in relation to the main CoD series. “We’re in kind of uncharted territories here,” Kurosaki says. “Call of Duty has been on a very regular cadence for many many years, and Warzone has made us rethink exactly how best to release new content and how to integrate it.”

On a later point discussing possible support during the next generation of consoles, Kurosaki says the multiplayer game’s devs are planning to keep Warzone up and running for the foreseeable future. “I know that our plan is Warzone is going to be around for quite some time,” he says, “so as soon as those new systems are out and available I’m sure we’ll support them”.

So, it looks like fans of the battle royale can expect to keep jumping into the action as the Call of Duty series continues alongside it, and perhaps we’ll see future titles reflect and change what we’ll see in-game.