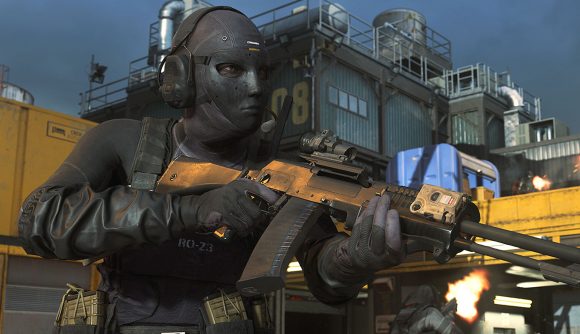 Some changes are on the way for Call of Duty: Warzone, including weapon rebalances, adjusting Roze, and altering how you earn a killstreak reward. Developer Raven Software says more information is coming next week for the multiplayer game, too.

Responding to a tweet of suggestions from 100 Thieves co-founder Jack ‘CouRage’ Dunlop, Raven revealed a few of the ways the battle royale game is set to change. Roze is getting an “adjustment”, likely addressing complaints her Rook skin is unfairly camouflaged. Due to being almost totally black, it blends in to many environments to a frustrating degree. The skin was unlockable last year, pre-Call of Duty: Black Ops – Cold War, leading to criticism those who have it are at an unfair advantage.

A “significant balance pass” is coming to Warzone’s guns, the tweet naming the Tac Rifle Charlie, M16, FFAR 1, and Sykov. The Sykov has made quite an impression after coming out this week, meaning a nerf is very likely on the cards. Expect your favourite M16 loadout, FFAR 1 loadout, and Tac Rifle Charlie loadout to change, as well. Call of Duty: Modern Warfare weapon perks are being fixed, and how you earn the RC-XD, the remote controlled car that comes with a three-kill streak, is being tinkered with.

There are a lot of changes coming soon that we think you’ll be happy to see:

• An adjustment to Roze
• A significant balance pass to weapons such as the Tac Rifle Charlie, M16, FFAR 1, and Sykov
• Fix for MW weapon perks + sniper glint
• Change to how you acquire the RC-XD

Raven follows up by saying it’s “got a lot more in store”, with “some big surprises next week”, so watch this space. Most Wanted Contracts were taken out again this week, and here’s how to become a zombie in Warzone, if that’s a thing you’re into.