Trying to find the Warzone Stadium access code? Or maybe you’ve just stumbled upon either the EL21, CL19, or P216 key cards and want to know what they do? Season 5 has arrived with new weapons like the ISO and AN94, but for Call of Duty’s dedicated easter egg community the most exciting changes are all to be found in the newly opened Stadium portion of the map.

If you’ve already dropped here a few times then you’ll likely have stumbled upon some doors locked by access codes, or even some new key cards. There are a total of four rooms in Stadium that are locked by either key card or access code panels, and now all of the doors have been opened. Each of these three rooms opened by key cards contains some legendary and common loot crates, but the real prize is a computer that shows a mix of numbers and symbols when activated.

So, what do those numbers and symbols mean? They reveal the code to the locked door at the top of Stadium, which aside from containing the unique Enigma CR56 AMAX blueprint, might aid in the ongoing Warzone bunkers easter egg. The code-cracking process has finally been, er, cracked… so join us as we guide you through the new EL21, CL19, and P216 Warzone key cards and how to figure out the Stadium access code.

One thing to note: the code is different every game, so you’ll need to do the legwork of cracking open the doors yourself, but knowing the process will help you a lot.

If you’ve picked up the EL21 key card then you should be close to the door it opens anyway as all cards spawn near their respective doors. 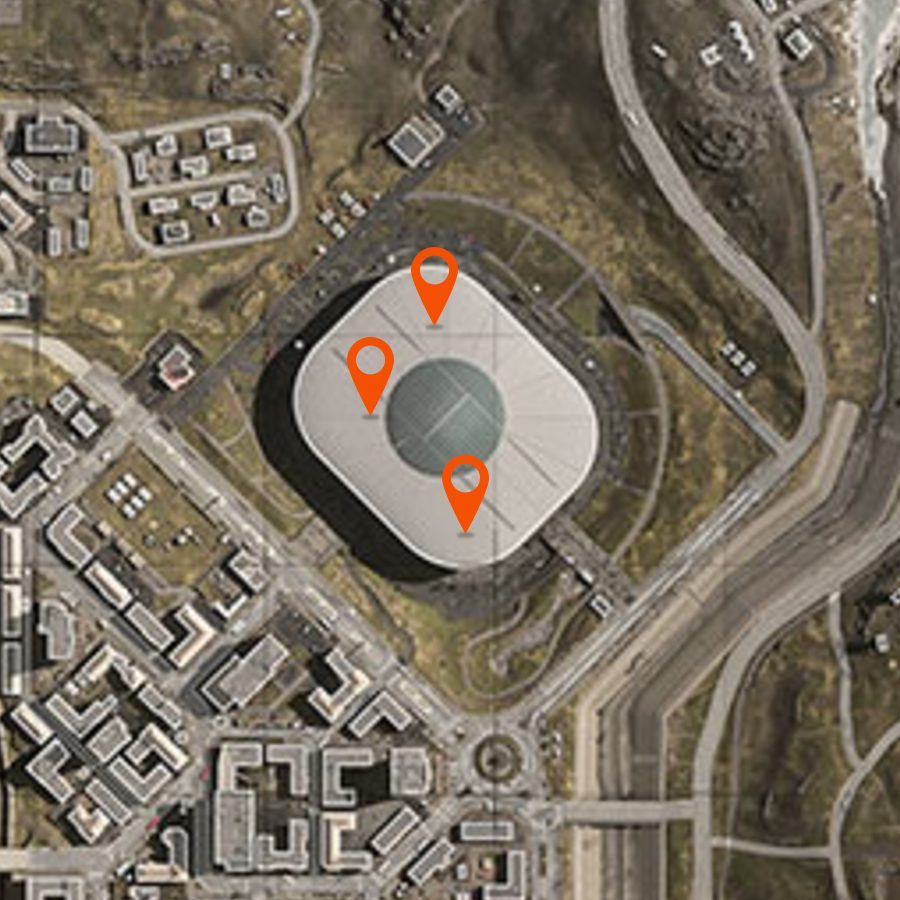 The EL21 refers to the ‘executive lounge’ and you can find the door this key card opens on the top floor of Stadium at the southernmost tip.

The CL19 key card refers to the ‘concourse lounge’ – commonly referred to as the bar by players. This room is in the western corner of the Stadium on the middle level above the bleachers. It’s easy to reach this spot from the centre of Stadium.

The P216 Warzone key card refers to the second parking level and so you’ll need to trudge below Stadium to locate this door. It’s in the northwest corner of Stadium, underground in the parking lot.

The final door that you’ll need to open with an access code is located on the top floor along with the EL21 door, just on the opposite side of the level.

So, how do you actually open the door? You’ll need to get a squad together and split up to try and find as many of the key cards as possible – three is ideal, but you can brute force it with two.

Once you’ve got the first key head to the corresponding room and interact with the computer inside. The screen will show a sequence of eight numbers or symbols which you should note down.

When you have a second key, repeat the process. The sequence is the same, but the computer will show the symbols in a different order, revealing more numbers. For example, if your first code feature two symbols that looked like a house, and those symbols have been replaced by the number ‘7’ in the second computer room, then you now know two more digits in the code.

You can get the third key to complete the code, but this isn’t strictly necessary as you can brute force it by going to the Stadium access code panel and guessing the last digits. 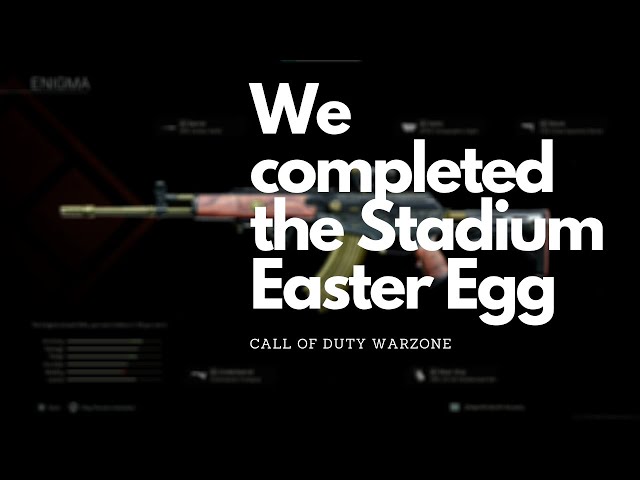 All credit for this should go to YouTuber Geeky Pastimes who we think is the first person to have completed the easter egg. You can watch his first successful run above.

Opening the door also nets you a loadout drop marker and sets off fireworks over the top of Stadium. Oh, and if you’re struggling to clear house in Stadium then try out one of the best Warzone loadout drops.