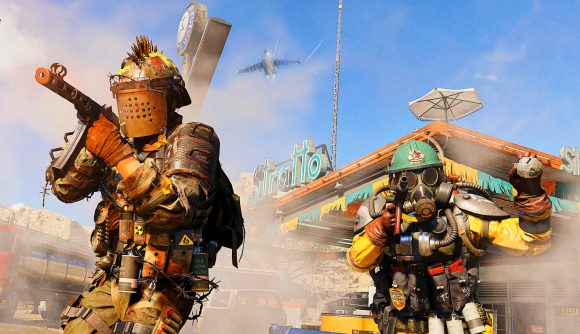 Activision Blizzard has pushed back against claims that Crash Bandicoot 4 studio Toys For Bob has suffered layoffs. While the Crash 4 team is now supporting the development of Call of Duty: Warzone, there “has not been a reduction in personnel”, and the developer will continue to work on Crash Bandicoot 4: It’s About Time alongside the hit battle royale game.

“Reports of layoffs at Toys For Bob are incorrect,” Activision Blizzard tells us. “There has not been a reduction in personnel recently at the studio. The development team is operating fully and has a number of full-time job openings at this time. The studio is excited to continue supporting Crash Bandicoot 4: It’s About Time, and more recently provide additional development support to Call of Duty: Warzone.”

Toys For Bob initially confirmed on Twitter that it is supporting development on the battle royale game last week. This led a former freelance character designer for the studio to tweet that it was the “end of an era”.

In reply to someone who said they were happy the team was still getting work, he then said: “Same! [Although] everyone I interfaced with and worked along was let go, I’m very glad it’s not totally shuttering.”

According to Nicholas Kole’s Linkedn, he worked with the studio as a character designer on Crash 4 and the Spyro Reignited trilogy, but left the studio in January of this year.

Same! Altho everyone I interfaced with and worked along was let go, I’m very glad it’s not a totally shuttering

It’s worth noting that there’s always room for misinterpretation over what Kole said, but Activision Blizzard has clarified the situation regardless.

Crash Bandicoot 4 launched on PC on March 26 months after coming to PlayStation and Xbox in October 2020.

Call of Duty: Warzone, meanwhile, has just kicked off its third season with an event that saw Verdansk blow up, which caused some issues for the game’s servers.

Not long before that, Activision Blizzard confirmed that more than 100 million players had played the game. Hm, yeah, I can see why the team might need support to serve that many players with ambitious ideas.