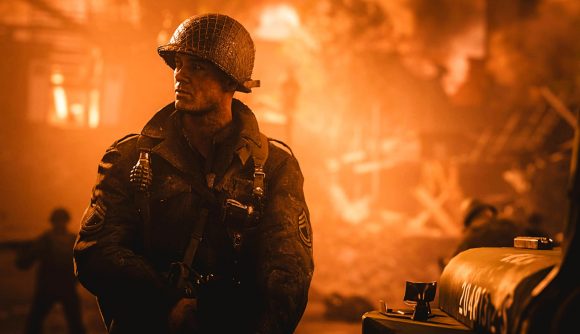 We don’t know a lot about the next Call of Duty game yet in any official capacity, but several details have slipped out. Charlie Intel reports that the recent season five update for Call of Duty: Black Ops – Cold War contained some hidden files that showcased pre-order details for the upcoming PC game.

Dataminers swiftly pulled the images and shared them online, though publisher Activision has quickly met some of the posts with copyright takedown notices. According to Polygon, the leaks suggested that Call of Duty: Vanguard would be the game’s name and that it will be set during World War II.

Content creators have also been getting snippets of the game, offering more teases on the game’s setting.

BREAKING: PlayStation Store (and PS App) has updated early and confirmed world reveal of Call of Duty: Vanguard is set for August 19 at 10:30am PT in Warzone. pic.twitter.com/oj0xdC4yR2

Keep an eye on the game’s channels if you want to find out more when the reveal happens later this week.

Activision Blizzard is facing a lawsuit filed in July by the state of California alleging years of discrimination and harassment. Since then, CEO Bobby Kotick has called the company’s initial response “tone deaf”, employees have staged a walkout, Blizzard president J Allen Brack has left, and the ABK Workers Alliance has demanded change at the company. The lawsuit is ongoing; follow the latest developments here to keep up to date.