Want to know how to access the new Warzone vault in Nakatomi Plaza? The mid-season update to Warzone Season 3 introduces two iconic action heroes to the game: John McClane and John Rambo. Alongside the new operator bundles, Verdansk is receiving an upgrade which adds the legendary Nakatomi Plaza, survival camps, and a CIA outpost to the map.

Modern Verdansk was no stranger to vaults and bunkers as it used to have many secret locations dotted around the map. The mid-season update also introduced a number of balance changes to buff some of the game’s weaker weapons. If you’ve been ignoring the best Swiss K31 loadout and best PPSh loadout, these weapons have been improved drastically to make them viable in the long-range meta.

Just like in Die Hard, there’s a vault in Nakatomi Plaza which contains game-changing amounts of money and loot. Gaining access to the vault isn’t easy – you’ll want to attempt this heist with a group of friends because enemy squads will be lurking around to steal your access card. Give our Rambo POW dog tag guide a read to complete the other ‘80s Action Heroes challenges. Here’s everything you need to know to access the Nakatomi Plaza vault in Warzone.

You can gain access to the vault by playing the Battle Royale mode or Plunder on Verdansk. If you desperately want to get into the vault as early as possible, Plunder may be the easier option as hardcore players typically stick to the standard mode. We’d like to give a massive shoutout to
Ulterior Covert for helping to locate each of these vault keycards. 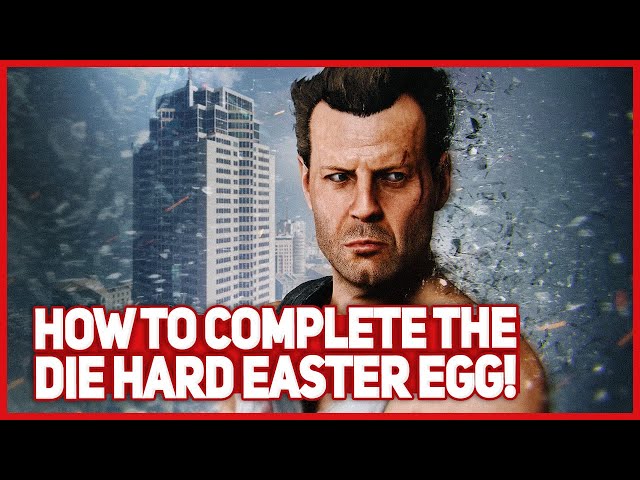 Descending onto Nakatomi Plaza from the helicopter will automatically trigger an in-game mission. There are multiple C4 explosives planted on the rooftop which must be disarmed. You don’t have to disarm every explosive, but you have to be the person who disarms the last explosive. This will give you access to Vault Keycard 2.

The final vault keycard is found just outside Nakatomi Plaza towards the back of the building. You should be able to locate a garage entrance which takes you two floors down into the parking lot. Head to the bottom floor to find a white truck with an open door at the back emitting a yellow light. Call in the radio to activate the Deal Gone Wrong mission. You’ll have to fight off two waves of enemies, including a large brute at the end. The final enemy will drop Vault Keycard 3.

The hidden vault can be found on floor 31 of Nakatomi Plaza. Find the elevator shaft located in the middle of the tower and use your zipline to reach floor 30. You won’t be able to progress beyond this point without taking the stairs, fortunately the vault is only one floor away.

Spend that money: Here are the best Warzone loadout drops

Insert the vault keycard into the computer to open up the fortified door. We highly recommend sending your squadmates through floor 31 first before opening the vault to sniff out any lurking squads. Once you gain access to the vault, be sure to open every safety deposit box to ensure you’ve cleared out the area.

And that’s all you need to access the Nakatomi Plaza Vault in Warzone. On paper, this heist doesn’t sound too difficult, but things can get tricky when you’re trapped in the tower surrounded by enemies on every floor. Haven’t played Warzone in a while? Check out our best Warzone guns guide to stay ahead of the curve.