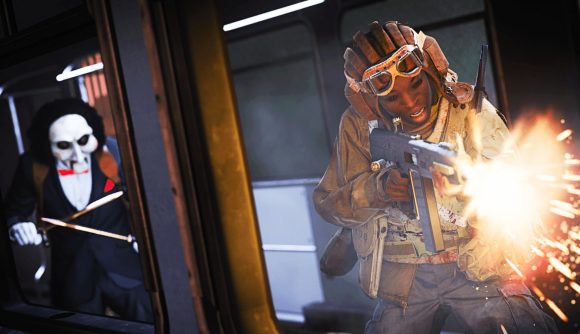 Since the start of the month, Call of Duty: Warzone players have been using the ‘FixWZ‘ hashtag to highlight issues they’ve found with Activision’s popular battle royale game. You’ll probably see it on the game’s subreddit or in Warzone itself, but it typically draws attention to things like overpowered guns or bugs like the stim glitch.

Over the past couple of days, though, it has been about windows. It looks like Warzone has a glitch that stops anything from passing through ’em. It sounds like a minor nuisance, but it has led to some pretty glorious goofs. Look, I appreciate that a broken game is frustrating, but some of these clips are hilarious.

My personal favourite comes from one player who tries to toss some C4 through a window only to have it stick to, well, nothing and blow up in his face. Another Reddit post sees a player relentlessly melee a big slab of glass he can’t bust his way through, while a separate clip is just two bros shooting each other, wondering why neither of them is taking damage.

Here’s the one with the C4:

And, finally, two people appear confused that they can’t shoot each other.

This is just getting embarrassing… that isn’t my teammate, you just can’t shoot out of windows now from CODWarzone

Activision will probably fix this sooner rather than later, though it’s not on the game’s Trello board just yet. Until then, I hope we get more clips of Warzone players doing window-related goofs.

If you’re looking to crack some windows yourself, you should try these Warzone loadouts. For the best Warzone guns, you can follow that link.