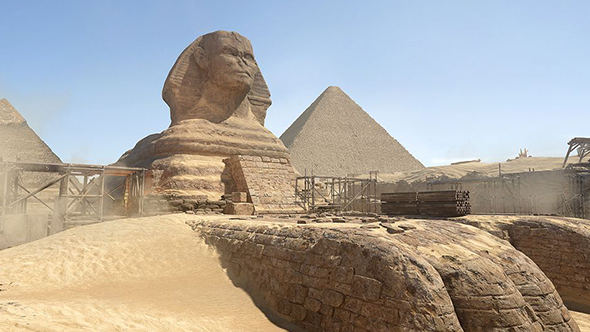 The next DLC package for Call of Duty: WWII is on the way, bringing another set of new maps and missions for the shooter. The War Machine includes three new multiplayer maps, another Zombies chapter, and a new War Mode mission which adds aerial dogfights.

Get in on some of the best WW2 games on PC.

Egypt leads off the new maps, putting players in the ruins at Giza with temple interiors and familiar landmarks outdoors. There’s also Dunkirk, with an open beach area and tight interiors through the ocean-front buildings. Finally, V2 is a rocket test site in rural Germany, centred on a launch tower and built for fast-paced action.

Operation Husky, the new War Mode mission, is a joint development from Sledgehammer and Raven Software. The Allies are set to retrieve intelligence on sensitive German targets, and the mission will have players gather intel, transmit it, then take to the skies in order to clear enemy fighters and make way for a bombing run.

Zombies gets a new chapter with The Shadowed Throne, which “takes the Barbarossa storyline to an entirely new level.” Set in a burning Berlin, players will confront Doktor Straub’s army as it attempts to purge the city of invaders.

The War Machine launches April 10 on PlayStation 4, and as usual Sony fans will have 30 days of exclusivity before the new content makes its way to other platforms. If you’re looking for something a little more immediate, Shipment 1944 launched as a free update earlier this month.