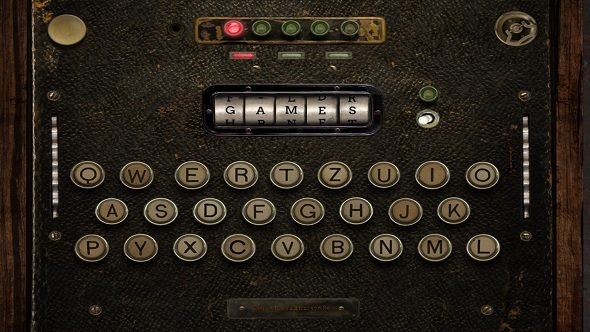 Following the full reveal of Call of Duty: WW2 back on Wednesday, a new teaser site has launched which tasks wannabe spies with cracking a virtual Enigma machine. So far, codebreakers have decoded one clue and are currently checking map coordinates of landmark battles throughout the Second World War.

Find out everything we know about COD:WW2 with our top secret dossier.

The first clue came in the image reveal for Call of Duty: WW2’s Zombies mode, where a cipher was hidden under the rim of the zombie’s helmet. From punching that into the Enigma machine, spies were given the message “A New Horror Rises”, no doubt referring to the new Zombies mode. From there, the teaser site then brings up an image of Roman emperor Frederick I and the Raphael painting, ‘A Portrait of a Young Man‘.

If you aren’t a WW2 history buff, Frederick I is commonly known as Frederick Barbarossa, with his last name becoming the title of the Nazi operation to invade the Soviet Union in 1941. As for the Raphael painting, it was stolen by the Nazis sometime during the war and has not been seen since 1945.

The other major clue that sleuths have found is that the coordinates on the bottom of the Enigma machine point to Dunkirk, the site of the largest Allied evacuation during the war. So far, these are the only major leads codebreakers currently have, but there is an active thread on the Call of Duty: WW2 subreddit where people are continually uncovering new clues.

Whether these clues relate only to the Zombies mode or to the campaign as a whole is unclear at the moment, but no doubt more will be uncovered over the coming days. If all else fails, feel free to send this virtual Enigma machine to Bletchley Park and see if they can work their code breaking magic again.