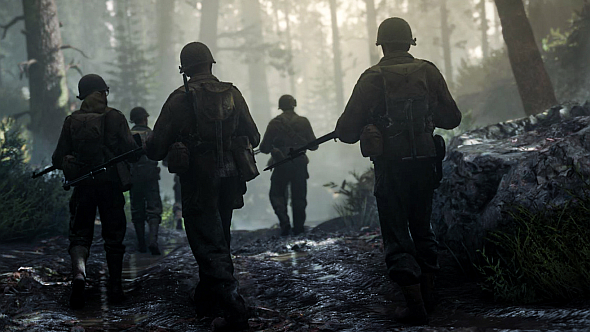 While it’s been confirmed that you can play as the Axis powers in COD: WWII’s multiplayer, many have been wondering if you would be able to play as an Axis soldier during the game’s single-player campaign. After dodging the question during a recent livestream, Sledgehammer Games have confirmed the campaign will focus solely on the Allied forces.

Here’s everything we currently know about COD: WWII.

During a recent ‘Making Of’ livestream, creative director Brett Robbins answered that he couldn’t “talk about [the Axis question] directly” and that Sledgehammer would “leave that one to mystery.” Based on that wording, it could taken as a possibility that you may be able to play as the Axis via some kind of special mission. Within a day of the livestream however, Sledgehammer co-founder Michael Condrey directly responded to the query by saying that “you won’t play as Axis in campaign.”

@MojoTeaz You'll fight and follow the Allied cause. The Axis power is a ferocious enemy. But no, you won't play as Axis in campaign.

The initial hesitance to deny the lack of a playable Axis mission seems odd, but Sledgehammer’s desire to stick purely to the Allies is a fair one. While COD: WWII is hoping to be a more nuanced take on a conflict which is mostly seen as a clear battle of good versus evil, valorising Nazi soldiers is a bridge I’m certain absolutely no-one wants to cross.

It would be interesting to have a mission where you take the role of a resistance fighter working within a Nazi-controlled territory, but playing as a Wehrmacht soldier would be intensely uncomfortable no matter what.

On a slightly lighter note, Condrey did confirm that unlimited sprint will be absent from COD: WWII, while Robbins offered a helpful no comment when fans asked about regenerating health. With this Call of Duty trying to be more realistic, I wouldn’t be surprised if regenerating health is left by the wayside.

With E3 fast approaching, expect to see more footage of both COD: WWII’s campaign, along with its multiplayer during the show.