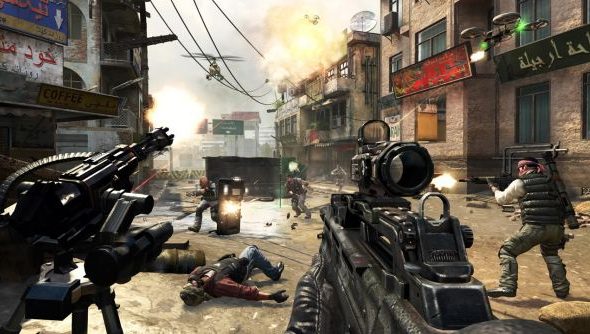 One does not simply distribute Call of Duty in China. The law there requires that foreign publishers partner with local studios on a given project – which means that, for the past few years, Activision have been working with Tencent on the free-to-play and redundantly-named Call of Duty Online.

In many ways, Activision’s modus operandi hasn’t changed for China. Call of Duty adverts still offer to pick you directly out of your boring life and air drop you into cooperative chaos.

The production values don’t really pass muster when compared to Activision’s recent live-action efforts for Call of Duty: Ghosts, but Chris Evans compensates with all the earnestness he learned as The First Avenger.

We’ll probably never play it. But we’re hardly short on alternatives, are we?Call of Duty: Advanced Warfare has John Malkovich, after all.