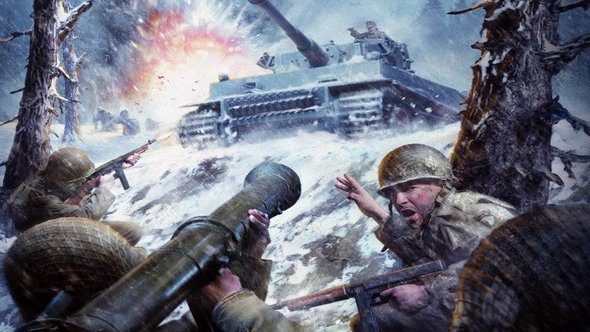 “It’s clear that for a portion of our audience, the space setting just didn’t resonate” was the statement made by Activision chief operating officer Thomas Tippl at tonight’s conference call. Referring to 2016’s Call of Duty: Infinite Warfare, Tippl was fairly candid about the most recent title in the mega series, which received a lukewarm reception and famously has a trailer video on Youtube with 3.4 million dislikes.

Prefer something that wasn’t panned? Check out our list of the best games of 2016.

But the future looks bright for the series, or should we say that potentially the past looks bright, as Tippl announced that “traditional combat will once again take center stage” in the studio’s next addition to the series. This has led many fans to speculate on a return to the traditional World War II combat of the older games. Certainly, with Battlefield 1 returning to the 20th century, it wouldn’t surprise anyone to see Call of Duty return to the historical bandwagon.

Having said that, Activision CEO Eric Hirshberg was quick to point out that the next CoD game was greenlit “over two years ago” so the assumption is very much a speculative one. Given that Activision typically announces new Call of Duty titles in the spring, we’ll be waiting at least a few more months before we know for sure where the franchise will be going. And despite Infinite Warfare being a bit of a flop, the series still commands a hell of a lot of respect from the industry, having been the number one franchise in North America for the last eight years and with new content still to come for several Call of Duty titles, the economy is still looking strong for the franchise.

You can check out a summary of the conference’s content in this pdf. Meanwhile, head over to the official Steam page for Infinite Warfare to see what all of the complaints have been about.