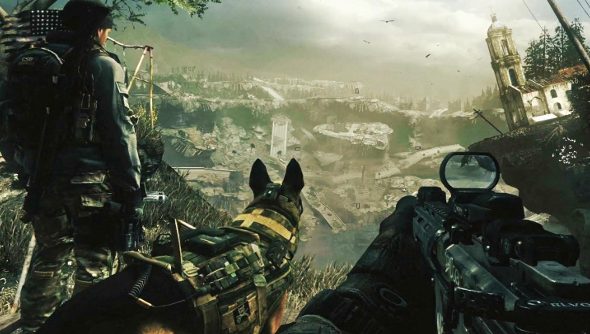 One of the great promises of the next-generation of consoles, now the current generation, was that they would make multiplatform development smoother, no longer relegating the PC to playing second fiddle, drowning in awful ports. It’s still too early to know if this promise will ever become a reality, but it seems like Sledgehammer aren’t giving much thought to PCs as they develop the next Call of Duty title.

In an interview with IGN, Activision Publishing’s CEO, Eric Hirshberg, explained that Sledgehammer’s CoD will be developed primarily for the PS4 and Xbox One, and fails to mention PC at all.

“Sledgehammer is approaching this as a next-gen-first development,” said Hirshberg. “Obviously in the console-transition year, anyone who developed a cross-generational game last year had to deal with the fact that the technology of the next-gen platforms was still coming into focus and changing quite a bit during the development process…. Now that we have the next-gen hardware out in the marketplace and solid, that is our primary development.”

It’s strange to think that, even after all this time being used to it, one of the biggest gaming franchises, and one that sells very well on PC, is still primarily focused on consoles. Especially given the parity between these consoles and modern gaming rigs.

But that parity may also mean that even as the PC is once again shunted off into the background by Activision, simpler cross-platform development will mean we’re more likely to get a solid PC version. Maybe.