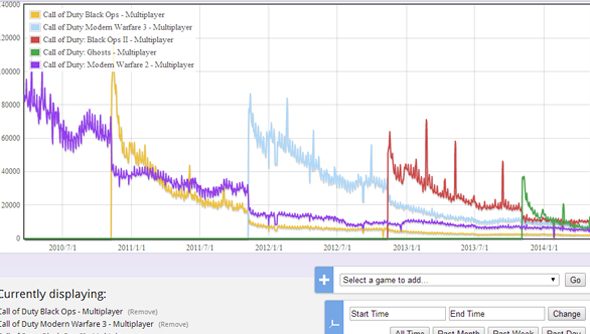 Just look at this graph.

It shows how each new Call of Duty game has fewer people playing multiplayer than the last. Yes, Call of Duty: Ghosts did have 37,000 players online concurrently on release day, and that’s impressive, but the game before it, Black Ops II, had 64,000. Modern Warfare 3 before that had 86,000, and so on. Is there any wonder after you’ve read our Call of Duty: Ghosts review?

Activision can’t escape the fact that the popularity of their flagship series is in freefall on PC.

But it doesn’t have to be. 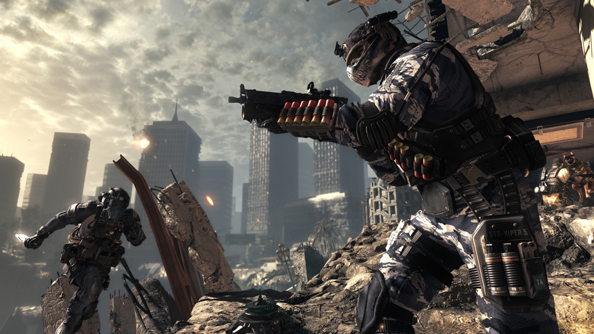 We should be clear on this, Call of Duty is still making Activision millions of dollars. Ghosts sold more than 15.4 million copies on PC and console. That’s a phenomenal number. On top of that will be DLC sales, too. Which, Activision are saying, have been big.

But this isn’t about sales numbers, it’s about player numbers. The series is still solvent but it’s not growing. It’s dying. It’s just that it’s profitable while it’s doing it.

Next to World of Warcraft, Call of Duty is one of the pillars supporting Activision. It’s not going to sink the company any time soon but Activision should be looking to reverse that trend, grow their numbers on PC. 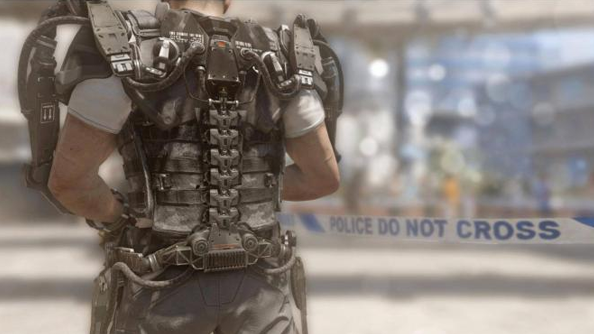 “The yearly release of a new Call of Duty game with little support for mods and almost no competitive features built-in made people hold back from switching over,” Team Dignitas’ Piet Smet tells me. “This started after Call of Duty 2 due to the sudden switch to modern combat in Call of Duty 4 and every Call of Duty game after that made the playerbase split up even more.”

And without a playerbase you can’t have a thriving eSports scene.

What’s killing the Call of Duty community is the yearly release cycle. You know that, from release day, you have about 12 months with the multiplayer before most the players migrate to its successor. All the work you put into unlocking gear, all the maps you buy, all the prestige levels you gain are devalued because there aren’t enough people in the servers.

“Even today there are still a large amount of players on the PC version of CoD2, CoD4 and so on,” explains Smet. “If they would all switch over to the newest Call of Duty game then it would be a huge player base once again.”

Plus, to meet that release schedule there are three separate studios all working on their own Call of Duty independently of one another. That system doesn’t encourage innovation or evolution but stagnation. Your game needs to fit the mould of the other two studios. You’ve three years to build a multiplayer component to your game that fits in with the other two games of that cycle.

It also means that the experience a team gained building the multiplayer for one Call of Duty won’t be evident in the next game or the game after that, because those games are being created by someone else.

And, even though there’s a collective stock of assets and code shared among the separate studios, building the basic multiplayer for each successive Call of Duty game takes time. When Infinity Ward started work on Ghosts they didn’t just pick up from where Treyarch left off with Black Ops II, iterating on the work that studio did – Ghosts’ development overlapped with Black Ops II’s so the team had spend time designing and building a multiplayer that was virtually identical to Treyarch’s. 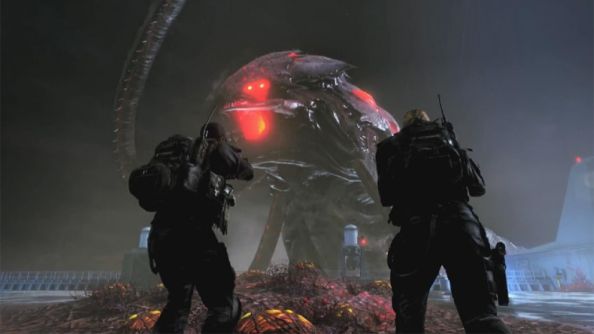 This might sound like an argument against a yearly release cycle. It’s not. A new singleplayer campaign every year is great, for both players and Activision’s wallet. But it is killing the multiplayer. The sooner the two are separated the better.

Call of Duty’s singleplayer and multiplayer have always been separate. Since the very first game they were booted up from separate executables. Singleplayer and multiplayer development’s even been handled by different teams on the same game: Ghosts’ Extinction mode was made by Neversoft while Infinity Ward worked on the core game; Raven Software made all the DLC for Black Ops II so Treyarch could start work on their next game.

CS:GO is the second most popular game on Steam. More than 145,000 players have played it today. Not one Call of Duty game makes it into the top ten.

However, if you look at the top 100 games being played on Steam, six Call of Duty games make the list. Their combined number of players totals more than 35,000. If there was a single multiplayer Call of Duty on Steam it would be the service’s ninth most played game, and that’s from six dwindling communities. If a single Call of Duty was being supported actively by Activision it would easily contend with CS:GO.

Think what it would mean: the hours you spend in the game, the gear and levels you unlock aren’t voided every year. Your friends and clan don’t get spread between multiple games because some of you can’t afford the latest release. There would be thousands more players on the same servers meaning there’s a greater variety of game types to play.

Activision could devote a single studio to solely work on developing and evolving that multiplayer service. It would mean the studio wouldn’t have to repeatedly build the same game over and over with slight alterations but could, instead, focus on designing new maps, weapons, attachments, player models, mechanics, graphical enhancements, bug fixes, and balances that all slot into the one game.

Technically this game already exists. Activision Shanghai and Raven Software made Call of Duty: Online, a free-to-play game stocked with maps and player models taken from Call of Duty and Black Ops. But it’s only available in China.

It doesn’t need to be free-to-play either. A small subscription, like the $5/£3 a month originally charged for Call of Duty: Elite Premium, over a year would add up to the equivalent of a single purchase of a new Call of Duty game. But the difference is that you’re not willingly buying a game that undoes your unlocks, splits up your friends, and harms the community.

Activision have poured money into Call of Duty for more than a decade, making one of the most finely polished shooters available, but unless they change how they deliver it to us on PC then it’s all going to waste.