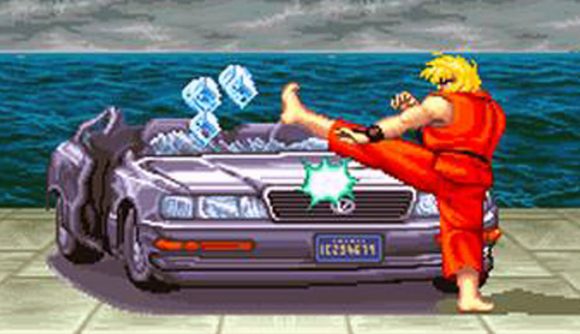 Capcom Arcade Stadium, the collection of 30+ classic Capcom arcade games, is currently sitting on a ‘Mostly Negative’ rating on Steam. The main issue players have complained about is the strange decision to sell the games in bundles only, but now Capcom has finally decided to start selling them individually too – although there’s still no sign of any new releases.

The emulated arcade collection of some of Capcom’s most beloved games – including the early ’90s versions of Street Fighter II, Final Fight, Ghouls ‘n’ Ghosts, and Bionic Commando – arrived on PC in May this year. It’s a competent and well-presented collection that brought to mind SEGA’s awesome Mega Drive/Genesis Classics software – complete with a simulated arcade.

However, Capcom Arcade Stadium was immediately criticised for its pricing structure. Not just selling an invincibility cheat for $1, but also Capcom’s decision to only sell games in bundles – so, in order to get Super Street Fighter II Turbo you would have to buy the expensive ten-game pack with the likes of 1944: The Loop Master and Battle Circuit.

This lead to a lot of bad reviews, so much so Capcom Arcade Stadium is sitting on a ‘Mostly Negative’ rating on Steam. As of now, however, Capcom has finally decided to reverse the decision – so all 30+ games in the collection are available to buy separately. While this is good news, fans have now started to question why there haven’t been any new games added since the Stadium’s May release.

Come on @CapcomUSA_ , where are the other arcade gems you're holding back for some time now? pic.twitter.com/UNlKSiRwbw

If you’re just looking for excellent beat-em-ups like Street Fighter, check out our list of the best fighting games on PC. Capcom’s got a few titles on there, unsurprisingly.