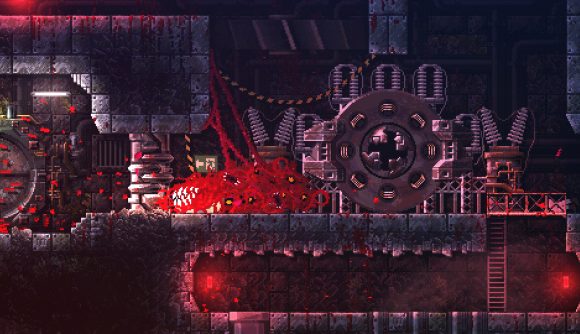 Alien fleshbeasts are really good at flinging, creeping, bashing, and gnawing on the bones of hapless scientists. But as the formless biological horror in Carrion, it’s easy to realise that The Thing doesn’t have a great sense of direction – or an in-game map. It’s easy to get lost in Carrion’s caverns. What’s a tentacled meat monster to do?

One option is to use this handy map created by two Carrion fans working in collaboration. The first step was to map out the game, and that was accomplished by YouTuber Demajen. Demajen specialises in videogame map making, and while he enjoyed finding his way around in Carrion, he noticed that plenty of players posting on the Steam forums did not. Setting Carrion to run at 720p, Demajen used console commands to view Carrion in its “pristine” state. He then took screenshots of each room in the game, and then carefully pieced them together in Photoshop.

That generated a massive, 462 megabyte file, which Redditor MrDrWho used to create an Adobe Acrobat file. This let MrDrWho link up the passageways that allow the Carrion monster to travel between areas in the indie game quickly, and the PDF file will zip you from one end of a tunnel to the other at the click of a mouse. 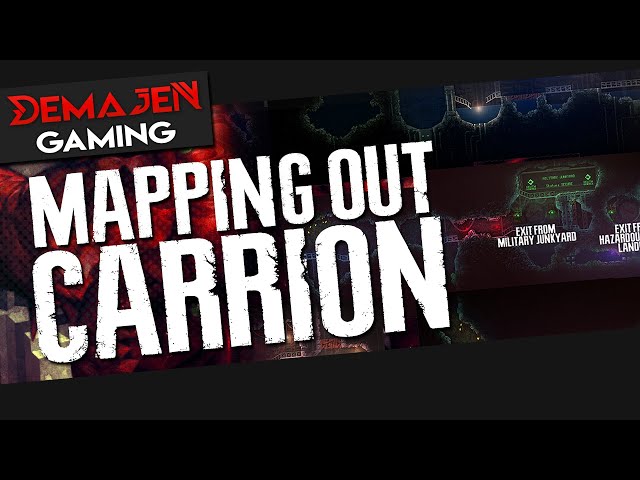 There are a couple things to be aware of: first, to take advantage of the links MrDrWho has added to the map, you’ll want to use a standalone reader like Adobe Acrobat to open the files. Second, while the PDF versions of the map are much smaller than Demajen’s raw output file, the high quality version is still large enough to bring my desktop to its knees. For quick navigation, you may want to use the low quality file (or possibly, close the several dozen browser tabs you constantly have open while you work).

Either way, the map is cleanly labeled and will definitely point you in the right direction if you’re hazy on where you’re trying to get to in Carrion.