There are always going to be games that we don’t end up reviewing. This makes us a little bit sad. Multi-platform releases are the ones that most often fall by the wayside, but we still want to let you know if they are worth your time and worth playing on PC.

The Port Inspection is our solution. Instead of a traditional review, our inspections will look at how the PC version of a multi-platform release stacks up, technically. And we’ll do this wearing lab coats.

Castlevania: Lords of Shadow 2, MercurySteam’s final outing in Konami’s venerable franchise, is our inaugural Port Inspection. It’s always good to start of with something divisive, and the Lords of Shadow series is nothing if not that.

Lords of Shadow 2 does not mess around. Straight away, Belmont, now transformed into the pale, blood-sucking Dracula, is tasked with dispatching some pesky holy crusaders and a gargantuan engine of war intent on destroying his lovely gothic castle. But it’s not long before the halycon days of holy wars and medieval shenanigans are laid to rest, because this is the tale of Dracula in the modern age. Think Vampire in Brooklyn, but swap Eddie Murphy for Robert Carlyle and dark humour for humourless moaning. 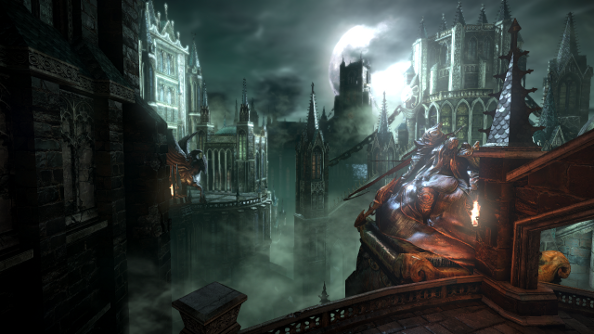 To say that Lords of Shadow 2 is uneven is an understatement. Whether it’s a victim of ambition without restraint or design by committee I don’t know, but MercurySteam throws everything but the kitchen sink at the game, and it suffers for it. Throughout the game a battle is playing out, not just between Dracula and Satan, but between tradition and progress.

Metroidvania-style exploration and puzzles try to break through, but are constrained by a lot of linearity. Punctuating every thoughtful moment are atrocious stealth sections that draw comparisons with Dishonored, but very bad comparisons, an arduous, plodding narrative about the nature of man and family and other guff, and lots of flashy combat. The latter of which, at least, is a lot of fun.

Lords of Shadow 2 so very badly wants to walk its own path and step out of the shadow of traditional Castlevania titles, but in doing so it’s never really sure what it is. Yet I enjoyed it. Dracula is a vehicle for juvenile empowerment, ripping enemies apart, feasting on their blood and looking damn good doing it. When it’s not taking itself too seriously or trying to force me to be stealthy, it’s stupid, action-packed fun. But has it made the most of the platform? 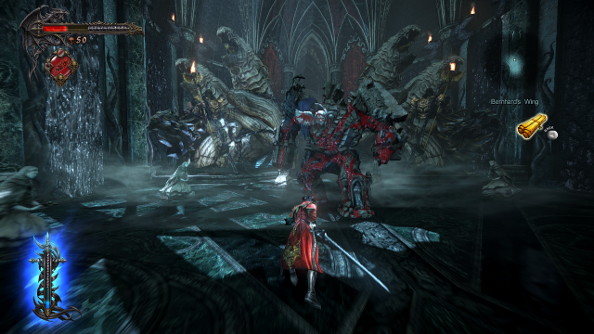 Lords of Shadow 2 comes with a fairly robust selection of graphics options, but the lack of presets is a minor inconvenience. You can fiddle with v-sync, anti-aliasing, motion blur, texture filter, shadows, depth of field, particle quality, lighting quality and turn on or off the HD texture pack.

Some options limit you to choosing between medium and high, while the likes of shadows and texture filter run the gamut from minimum to ultra. So there’s no dearth of tweaking that can be done. The inconsistent nomenclature and range can be a tad frustrating, though. 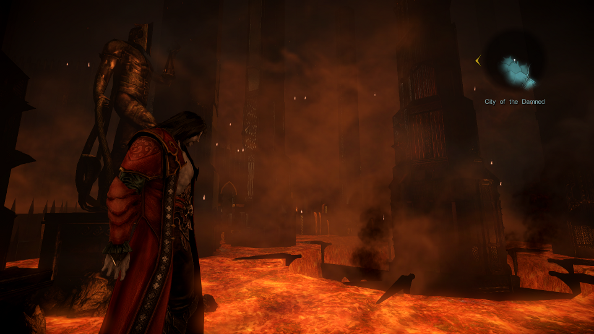 Here we see Lords of Shadow 2 with everything cranked up, along with the HD texture pack. Textures are, for the most part, crisp and well defined – though there is the occasional muddy wall when viewed up close – but the AA leaves something to be desired. The fidelity is still considerably greater than the PS3 and Xbox 360 version, and this remains the case even as the options are lowered.

With everything at maximum, it can be a sight to behold. The grandiose gothic architecture and striking skyline in the opening sequence is a thing of beauty, which makes it mind boggling that so much of the game takes place in grotty industrial complexes and dank underground lairs. 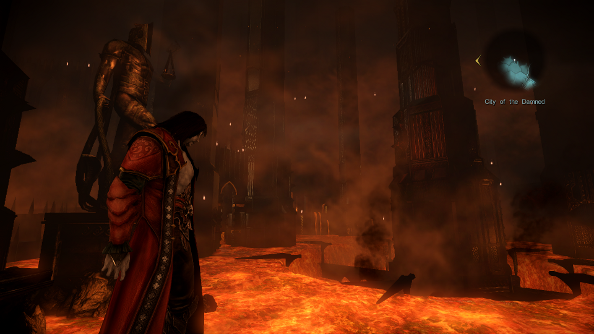 Despite the lack of presets, let’s call this medium. AA has been turned down to low, and everything else has been turned down to medium, but I’ve kept the HD texture pack on. The difference between high and medium is negligible unless you look closely, though you can see the impact it’s had on Dracula’s lustrous mane and the black parts of his costume, both of which have lost their sheen.

It’s a bit more noticeable in action sequences, where the particle effects are less dramatic, and in cutscenes, especially with close-ups, where the quality of the shadows are diminished. 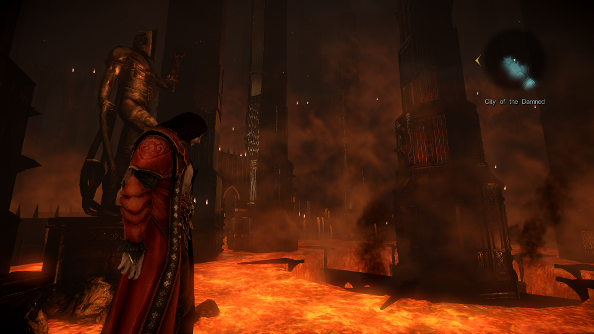 This is with everything turned down to the lowest setting or switched off entirely. The slowly shifting mist billowing throughout the castle is now muted, light plays off materials a lot less, but the overall fidelity hasn’t really dropped very much. The most notable impact of lowering the settings in this image is the lava, which is now muddier and lacks the range of colours it had in the higher settings.

Shadows are also noticeably grainy, which you can see in the following screenshot more clearly. 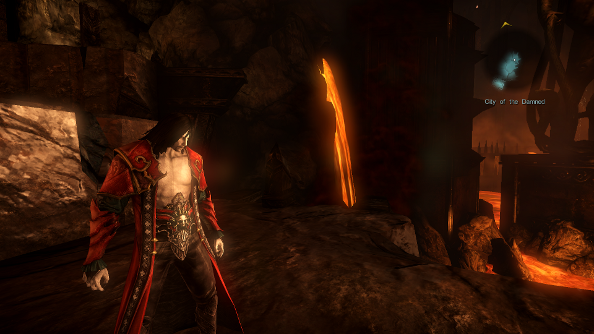 On all settings, I maintained an FPS of 60 which only dipped during cutscenes, and even then only to mid 50s for a matter of seconds.

Beyond the visual fidelity, Lords of Shadow 2 on PC is basically what you’re getting on consoles but with standard PC graphics options, though this does make a considerable difference. The only additional feature is the HD texture pack, recommended for systems with at least 1GB of dedicated video memory. As the previous game was only released on PC years after its console launch, it came bundled with DLC. But this time around, it’s a synchronised release across PC, Xbox 360 and PS3. 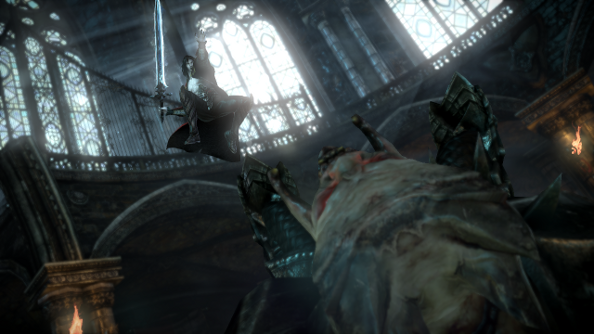 There should be no doubt that Lords of Shadow 2 is best experienced on PC. It’s infinitely better looking, adds HD textures and runs smoothly. Not only is this the superior version, it’s the cheapest one too. If you grab it on Steam, you’re saving around £5 compared to the console version. Take off a little more if you preordered it.

It’s not the great last hurrah MercurySteam wanted it to be. It’s certainly not a better game than its predecessor. A better PC version, though? Undoubtedly.

As this is our first ever Port Inspection, we want you to tell us what you’d like to see in future and what details would be helpful. And if you have any thoughts on upcoming games you’d like to see us cover in this format, let us know.