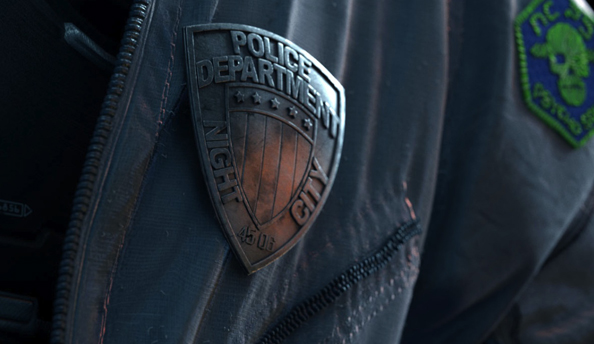 Can we be frank, CD Projekt? Because that reads more like a premise than a title. Like somebody blew up the wrong part of the design doc in a ginormous font and confusion took seed. I’m being a little facetious, of course – 2077 has its name and universe in common with well-known and respected pen-and-paper RPG Cyberpunk 2020, as well as the handiwork of one Mike Pondsmith.

“As I’ve often said about the quest to get a great Cyberpunk computer game developed, ‘This isn’t exactly my first rodeo’,” said Talsorian Games chairman and Cyberpunk creator Pondsmith. “We’ve been down this long and tortuous trail several times before and up to this point we just haven’t been able to find the right team with the right balance to make the RPG game we’d be proud to put out in front of our fans.”

He continued on the Cyberpunk blog: “We’ve tried working with huge studios and tiny ones. We’ve tried to cram the essence of Cyberpunk into everything from massive multiplayer games to tiny phone games.”

All past efforts were scuppered one way another, ultimately turning to mist and wasted concept art. Now, though, Pondsmith professes to be “damned lucky” to finally find the right collaborators in Witcher devs CD Projekt – so much so that the venerable designer has been back-and-forthing it between California and Poland to be part of the development process.

CVG have gleaned that the year 2077 is a “dark future” in which “advanced technologies have become both the salvation and the curse of humanity”. We’ll be plonked into “sprawling metropolis” Night City and its sandbox environs, the scene of a “multi-thread, nonlinear story designed for mature players”.

Cyberpunk will endeavour to provide “freedom of action and diversity in gameplay”, as well as fan service for Pondsmith disciples. In the course of the game, we’ll visit “places well known from Cyberpunk 2020, including a combat zone completely taken over by gangs, the legendary Afterlife joint and the nostalgic Forlorn Hope”.

For more clues on the direction CD Projekt are taking with Cyberpunk, roll your eyes over their blog post on implementing pen-and-paper mechanisms into a computer game. Their impossible task? To hard-code the pen-and-paper RPG’s stock-in-trade: imagination.

Will they pull it off?