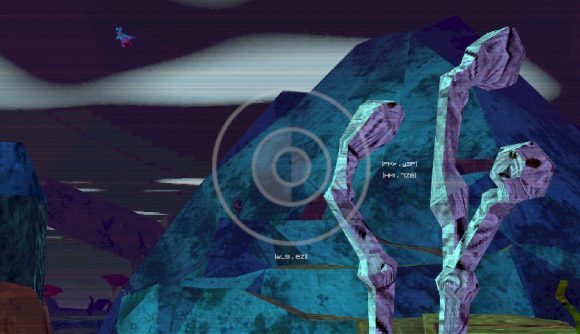 While PC players won’t be getting an actual Pokémon Snap any time soon, Cellular Harvest is a pretty good replacement. It’s essentially Pokémon Snap by way of No Man’s Sky, in which you explore and photograph an alien world, cataloging all the strange creatures you see, assessing their potential value to mankind’s ongoing corporate expansion.

Cellular Harvest is a “short-form first-person photography exploration game” about being the first in-line of an invasive species that will be the eco-system’s undoing. Armed with your camera and an AI that scans every living creature you come across, you audit everything to figure out what kind of production line said alien animal would make a good fit for.

Cellular Harvest comes in two versions, Green and Purple, one being the morning, the other being the evening, and they’re designed to be played one after the other, hence a deal on getting them together on Itch. Neither is particularly long, but don’t be fooled into thinking they’re especially quaint either – Pikachu and Lapras gently roaming free on some distant planet, this ain’t.

This was one of many horror games shown off during the EEK3 showcase earlier this month, which featured a virtual show floor. Rest assured, Cellular Harvest wasn’t there by accident, so be warned. You can see a trailer for the Purple version below:

We have a list of the best space games, if this makes you want to see more of the cosmos.