How chivalrous is it, really, to cave in someone’s face with a warhammer? We’ll all get a chance to find out later this month when upcoming PC game Chivalry 2 runs an open beta to test its cross-play functionality ahead of its full launch in early June.

As Jordan discussed in his Chivalry 2 gameplay preview, Chivalry 2 trades some of the technical mastery aspects of Mordhau’s spin on the medieval multiplayer melee for chaotic fun and bloody spectacle. It’s also a game you’ll be able to play with friends on consoles, as it’s launching with cross-play enabled across PC, Xbox One, Xbox Series X|S, PlayStation 4, and PlayStation 5. The cross-play open beta runs May 27 – June 1, with the Chivalry 2 release date set for the following week.

The open beta enables full cross-play across platforms, and it’s free for all players. You’ll be able to try out the new Slaughter of Coxwell, Battle of Darkforest, and Siege of Rudhelm team objective maps, the new Battle of Wardenglade and Tournament Grounds team deathmatch and free-for-all maps, and the new free-for-all game mode that’s essentially just a violent human blender spread across about an acre of terrain.

Some new features are included in the beta, too, including duel servers, full character customisation, options to select 64- or 40-player servers, and support for same-platform parties. 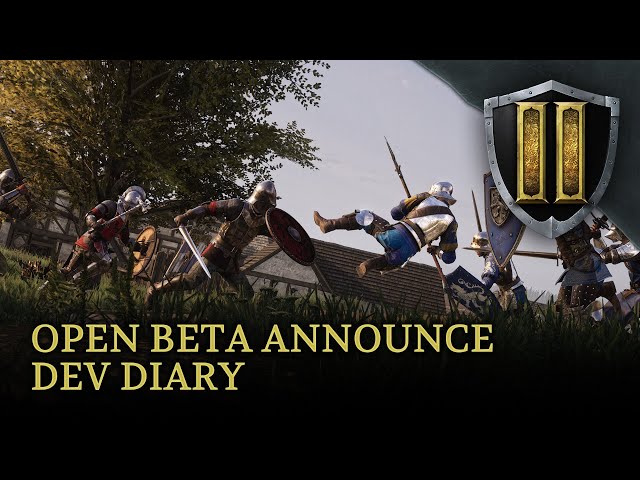 You can download the Chivalry 2 open beta client from the Epic Games Store beginning May 26.