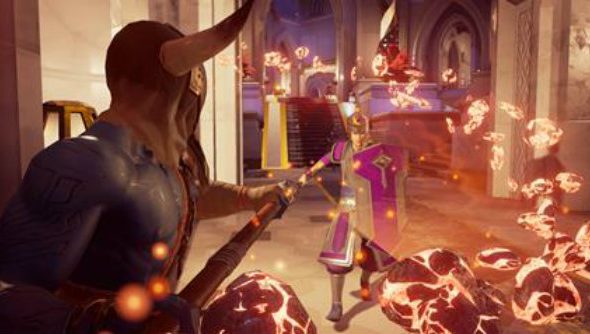 The next game from Torn Banner Studios, the developers behind Chivalry: Medieval Warfare, takes what the studio is good at and infuses it with a little magic.

Chivalry was a first-person stabber and there isn’t much else like it, but I can give you a list of the best first-person shooters on PCto peruse.

It’s still bloody, fast-paced, melee-focused, online combat, but here you can call upon the elements and make people crispy with fireballs.

On the Unreal 4 game’s official site there’s a countdown clock for the release of its proper reveal trailer, which will be published in a week’s time.

For now, though, you’ll have to make do with this short and sweet gameplay teaser: