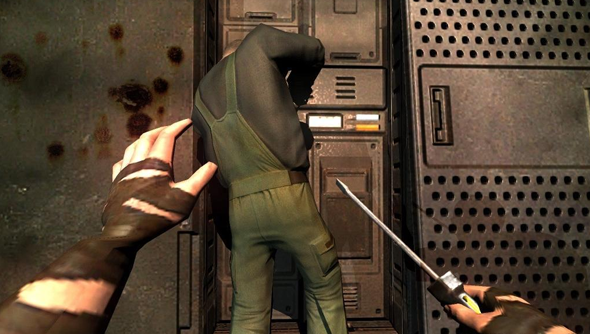 The Chronicles of Riddick: Escape From Butcher Bay remains one of the most atmospheric shooters on the PC. The grimy, future prison of the title is a wicked setting for violent shiv fights and brutal shootouts. We’ve already seen one sequel, Assault on Dark Athena, but Vin Diesel, him what plays Riddick in the films, has announced that work has begun on a third game.

“We’re re-assembling the team who made Escape From Butcher Bay,” Vin Diesel told IGN. “We got our guys in Sweden that were part of Starbreeze and we’re pulling them back together to make the next Riddick game.

“There’s this huge concept which is more of an MMO game that would be centred around people being able to play mercs. It’s basically the merc trade”

It’s great news that Starbreeze will be working on the game. The Riddick games were where the studio shined as a developer. Since then they went on to go and make the disappointing FPS reboot of Syndicate. Hopefully returning to the franchise that formed them will see Starbreeze put out the stellar game they’re capable of.

There’s little else about the game out on the internet at the moment. Only that short from Diesel and an even less informative interview with ScreenCrush. The game sounds to be in the very early stages of development so don’t expect much more news this side of Christmas.