Bored of watching your tiny, tiny citizens navigate your city by car, bus or train? Of course you are, they’re all boring modes of transport and everyone knows it. Presumably, that’s why Paradox Interactive and Colossal Order have made the next expansion for Cities: Skylines all about transit, hence its title: Mass Transit. Due out in 2017, Mass Transit opens up a bounty of situational and luxury transport options for your city, including monorails, ferries to traverse rivers and lakes, cable cars that can link your city up to a mountainside, and blimps… because blimps are fun. See all that in action in the trailer above.

Prefer the transport classics like the car? Check out the best racing games on PC.

Alongside the new transit options included in the expansion are special buildings called Transit Hubs, which finally allows the player to link train lines together. Of course you can also use Transit Hubs to connect different forms of transportation like train to ferry or monorail to blimp, ensuring maximum efficiency and thus more income to fritter away on building your urban utopia. 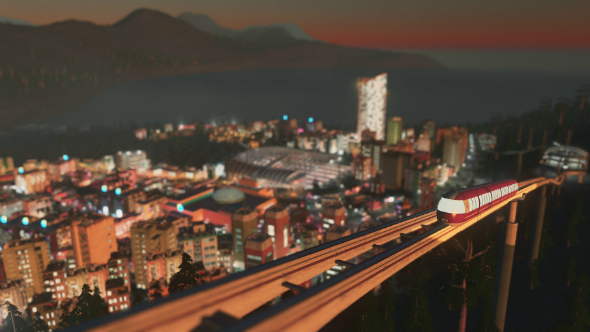 New road types, bridges and canals will also be included in Mass Transit, and they’ll all be introduced to you in a number of new scenarios. Oh, and there will be new hats for Chirper if you’re into that.

A free update will arrive alongside the Mass Transit expansion, adding new traffic management systems and the much-requested ability to name your roads.