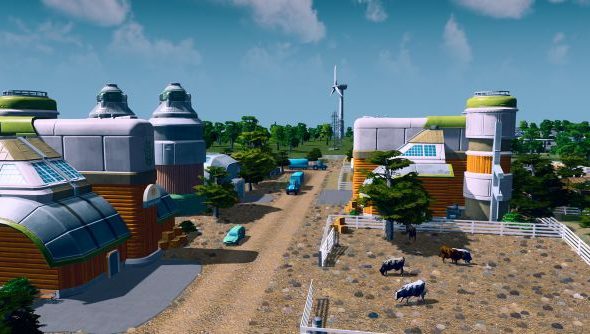 Are you ready for a life and genre-affirming number? A million different copies of city builder Cities: Skylines have been sold to players on PC, Mac and Linux since its release five weeks ago.

“We continue to be amazed at just how players have embraced Cities: Skylines,” said Paradox CEO Fredrik Wester.

“The game is still selling at a steady pace, which is remarkable for a game that has been on sale for well over a month,” he went on. “Once again, we want to thank everyone that has supported and continues to support this game.”

In that time, some 33,000 mods have been assembled – including buildings from a former Maxis artist working with Cities: Skylines tools. On average, 21,000 players have been playing concurrently since launch.

It feels as if Colossal Order have healed a collective wound that was opened in the PC gaming community upon the disastrous launch of SimCity. Indeed, the tiny Finnish studio have acknowledged that Cities: Skylines wouldn’t exist if SimCity had been a success.

You can become the million-plus-somethingth person to buy Cities: Skylines by heading to Steam, where it’s £22.99 / $29.99. Or maybe you’ve been enjoying its charms from on high already?