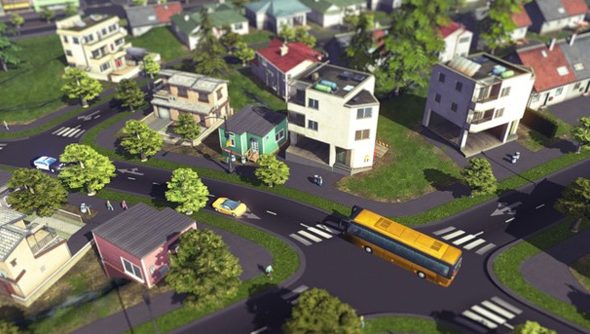 Did you know the developers who make the Cities games are called Colossal Order? That’s what these games are about: bringing some semblance of design to a sprawling set of systems.

Maxis’ SimCity reboot didn’t exactly go off without a honking tree or two, which gives the Finnish studio another couple of years to establish the Cities series as the alternate mayoral simulator. Cities: Skylines is their latest attempt at that.

Beyond gridding out your settlement, however, there’s a focus on governance in Skylines. Districts will develop during the course of play, and players can set policies to steer their growth.

“Key to progression is the ability to influence your city’s policy by incorporating taxation into districts,” said the developers. “All this including the ability to mod the game to suit your play style makes this the definitive city building simulation.”

And because every city builder wants a bit of Transport Tycoon on the side, Colossal Order will provide the tools to build comprehensive bus and metro networks.

Here’s Skylines’ GamesCom trailer, courtesy of publishers Paradox. The soundtrack seems a bit randomly-generated in its urgency, but there are some extreme road layouts on show that I think you’ll approve of:

It looks like Colossal Order have even mimicked Maxis’ love for depth of field effects. Could this be the city builder in your life, do you think? Or will four hours with SimCity see you forgive its flaws?