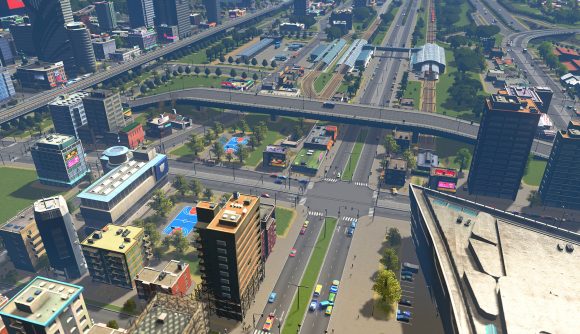 The next DLC for Cities: Skylines is called Sunset Harbor, and as the name suggests, it features a whole bunch of new aquatic features – but that’s just a fraction of what’s in the expansion. The meatier parts of the update include a host of additional transportation features to help you build a more robust mass transit system.

Sunset Harbor comes to Steam (and consoles) on March 26 for $14.99 / €14.99. The titular features let you expand your city’s commerce by building a fishing industry with both fishing boats and fish farms. If your city is lacking in water sources, new water treatment plants will let you convert waste water for “additional uses.” (Just don’t think too hard about where it’s been.)

The DLC also expands bus options, with intercity buses to transit citizens over highways and trolley buses for more efficient travel over short distances. New transport hubs give you better ways to connect your transit networks, and you can now take your metro services overground, as well.

Some of those features overlap with the existing, wildly popular Metro Overhaul Mod, but the mod’s developers say you can expect full compatibility after the DLC launches, and development will continue.

Check out the trailer above, or some more of the best building games to make use of your creative energies.