There was Cities XL, Cities XL 2011, Cities XL 2012 and Cities XL Platinum; each game obsessed with expansive megapolises, and each only slightly tweaking the formula, leaving them nearly indistinguishable. But they’ve added another X! Surely that means that the series has escaped its five-year rut. 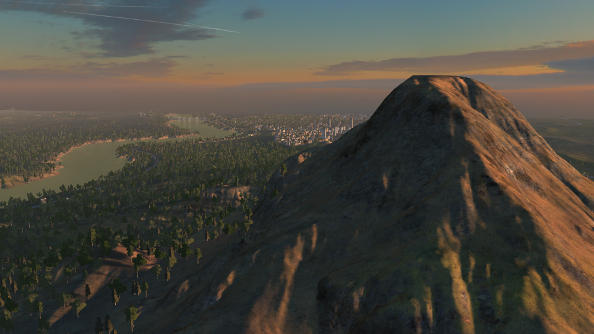 Cities XXL is big. It doesn’t beat around the bush. “Here you go,” it says. “Have a whole planet full of sprawling maps waiting to filled with gargantuan cities. Have at it.” This isn’t in response to its fellow city-builder, SimCity, being village-sized – though it probably does it no harm – because the Cities series has always been concerned with scale.

If you’ve missed the last four games, not to worry, as Cities XXL is one of the simpler city-builders. And if you have played any of the previous expansion-like installments, then so little has changed that you’ll be able to start crafting vast urban centres and suburban estates immediately.

So little has changed, in fact, that even with a new engine, performance issues that plagued the previous games persist, including input lag, uneven frame rates regardless of the rig, and memory leaks. These are familiar problems, in a familiar game. 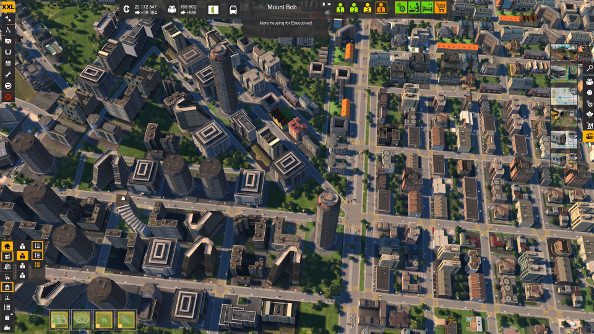 You lay down roads, designate zones for commercial, residential and industrial purposes, plonk down amenities and diversions to stop your citizens from rising up against you (by leaving), and then just watch as the money rolls in.

And the money really will just roll in, and never stop. There’s little reason to worry about budgets when a boost in cash is only a few factories away. Playing Cities XXL is like playing any other city-builder with cheats enabled. No crisis poses a problem when you can just throw money at it, and there’s always more to throw.

It becomes a game of whackamole, with alerts popping up and groups complaining all the time, but quickly disappearing when they are drowned in lots of lovely money. Electricity too expensive for people? Throw down another power station. Throw down two! Or start trading with other cities. Even when issues go ignored, it takes a long time for the repercussions to kick in.

Despite the ability to trade between cities, tweak taxes and tackle pollution, Cities XXL never really makes you feel like you’re managing a city. And since the solution to most problems is build more stuff, that’s all managers end up doing. It’s a city-builder in the most literal sense, and is without much nuance. 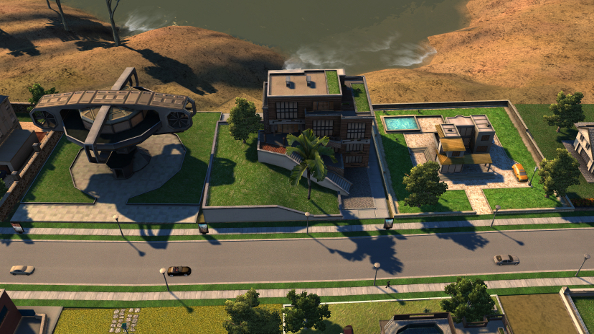 Cities are like organisms. They don’t just get bigger or smaller, they evolve and shift and the people within them change. In Caesar or SimCity, this is reflected in how homes essentially level up. With more amenities, leisure activities, fancy shops and lovely parks, a squalid dump can become a luxury townhouse or a spiffy apartment building. Investing in the city has a knock-on effect, improving neighborhoods organically.

With cities never really seeming alive, you’re really just creating a snapshot of a city. But the upshot of this is complete control over how it looks. If you want a picturesque coast filled with billionaire mansions, then you don’t need to wait for that to evolve by improving the land value and wealth of the inhabitants. You just build some elite houses. That’s not to say that people don’t have needs, though. The elites are less likely to move in if there aren’t good schools or job opportunities, for instance. But since money isn’t a problem, building new offices and a brand new school is a simple matter of hitting a few buttons. 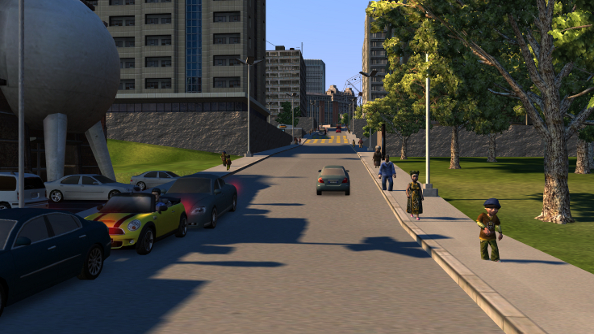 So the goal, then, is to design lovely-looking cities that might be featured in postcards, and Cities XXL does offer a lot of pretty photo opportunities. There’s an optional day and night cycle, as well as the option to choose the time of day and just stick with it, as well as mood filters, changing the lighting and colours both subtly and dramatically. It all looks great until you zoom in and see the bland textures and the hideous inhuman inhabitants waddling up and down the pavements.

Finding that perfect spot for your postcard city isn’t easy, though, but only because there’s such an abundance of locations to choose from. Maps are as diverse as they are huge, running the gamut from asteroid impact craters to striking touristy archipelagos. The game boasts 65 landscape styles, which is impressive, but only five of them are actually new.

That neatly brings us to the gaping problem at the heart of Cities XXL. It is not a new game. It is an old game with a few new features, most of which are minor, like the mood filters, an ugly new interface or a few green building upgrades. The most significant features exist to fix things that were either broken, or just poorly designed in the previous games.

Cities XXL’s biggest new addition is an engine that isn’t archaic, and it’s hard to get enthused about under the hood stuff. The issue with the previous engine was that it didn’t have multi-core support, and performance – even for those with monstrous machines – could be quite abysmal. That Cities XXL does have multi-core support welcome change, but it’s not a glamorous one. And performance is still awful. 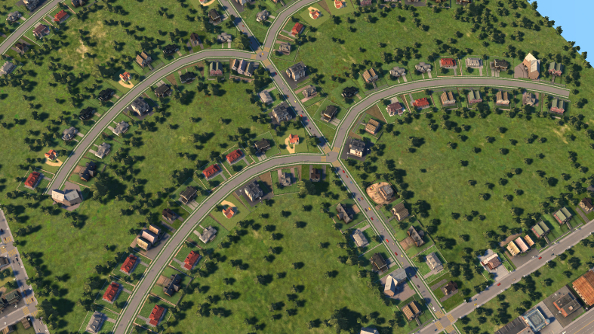 I am, perhaps, one of the lucky ones. Cities XXL, though inconsistent when it comes to the frame rate, is completely playable, but only until my city gets a wee bit big or during lengthy building sessions, where my hard hat is welded to my skull. But I’m not talking about a city that spans the entire map, or even a quarter of it. Somewhere between the 100,000 and 200,000 population mark, performance takes quite a hit. The game has to take a wee break to think about things, creating awkward pauses.

Other issues appear to have gone unfixed in the new edition, too. Cars, for example, transform into featureless grey boxes when the camera isn’t zoomed right in, and I was only able to fix this thanks to a mod. Steam Workshop support is really the only new feature that substantially improves the game, and maybe in time there will be enough user-created content so that it starts to feel like a new title, instead of an old one with some new pipes.

As a sandbox for building stupidly large cities, Cities XXL can be a fun diversion when performance issues aren’t rearing their ugly heads. But once the buildings are plonked down, there’s little to do aside from plonking down more of them. The management aspects are shallow, and made entirely redundant by how easy it is to reach Scrooge McDuck levels of wealth. And there’s a serious dearth of good reasons for veteran Cities players to return. They’ve seen it all before.