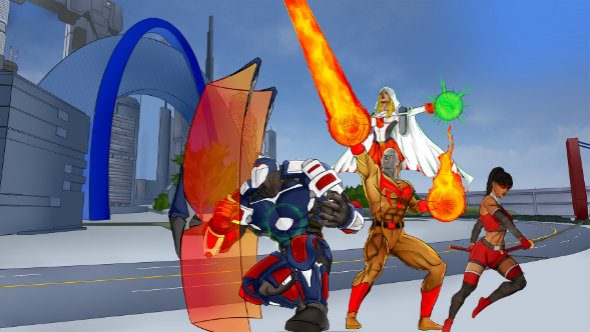 It’s still in early development, but there’s currently a spiritual sequel to MMO City of Heroes – an RPG shut down four years ago – being made, called Ship of Heroes.

This city will reside in the stars this time. You can spend more time in the cosmos with our list of the best space games.

Heroic Games Corporation have put a team of developers and designers together to work on this homage, headed up by company CEO Casey McGeever, who recently left mobile publishers AccuWeather to assemble this team for his dream project.

You can check out the in-development first large city level on the Ship of Heroes site. A character creator, animations, movement and combat will also be showcased in the coming months, with a crowdfunding event following in April and May next year. If successful, they will build out the prototypes from there.