Can you remember the first time you played a Civilization game, and what it was that got you hooked? Was it the exploration? Empire management? Warfare? Without a doubt this 4X series is a cornerstone of the strategy gaming world, and while Civilization VI is the most recent iteration, the mighty house of Meier has some amazing past entries worthy of celebration decades later.

From a nuke happy Gandhi to ‘just one more turn’ syndrome, the legacy of past Civ games remains influential across many parts of modern gaming culture. Civilization II – which was first released in 1996 – marks its 25th anniversary today (technically it’s on the 29th, but there’s no leap day this year). But its legacy is often tucked away between the landmark that was the first game, and the massive successes of later releases. Surprisingly it was not directly worked on by Sid Meier himself, but Civilization II still saw the series branch out as it took on new ideas from lead developers Brian Reynolds, Douglas Caspian-Kaufman, and Jeff Briggs.

Civilization II introduced many of the key features that would continue to be part of the series for generations: the isometric map, river mechanics, new units, and generally it made lots of quality of life improvements to the core gameplay. But where Civ II really stood out was in the personality it fed into each game. Players were treated to wonderful, and corny, live action video advisors, fully animated leaders, a changing throne room, the ability to look at cities as they grew, and entertaining music.

The advisors, which included an Elvis impersonator, a surly general, and a sultry diplomat, would argue with each other while giving advice, something that no Civ has replicated since. The throne room, which began life as a cave with a rock, would eventually become a luxurious throne room meant for only the best kings and queens, and it reflected how happy players made their citizens. 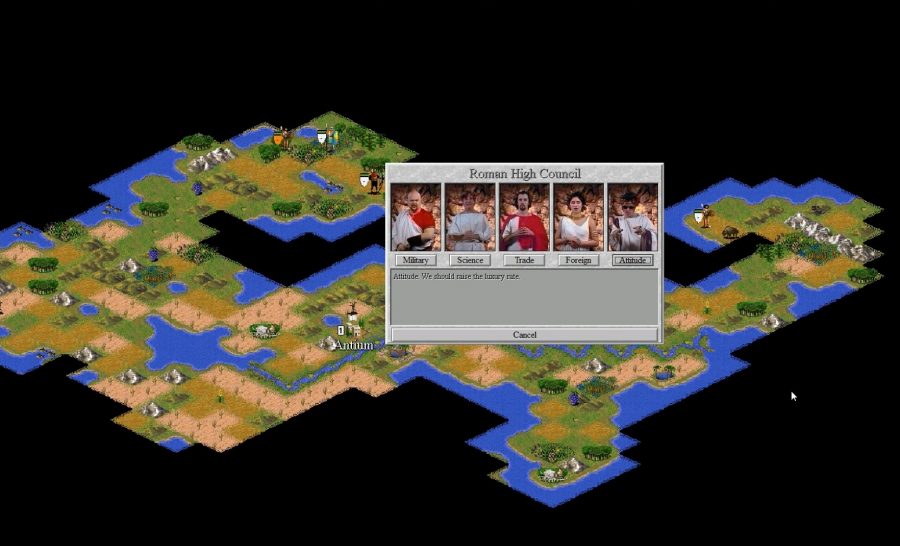 One of the most important features was something, according to his autobiography, that Sid Meier originally opposed. At the top of every window, sitting right beside the ‘world’ tab, was the ‘cheat’ tab. Initially, Sid Meier admitted that he didn’t want to give players access to such potential for meddling behind the scenes, but it would turn out to be one of the greatest contributions to gaming in history.

From that humble menu, the wonderful world of modding opened up to the average player, and a constant flow of new scenarios, tweaks, civs, and everything else under the sun would come pouring out of the minds of fans.

Some of these home made scenarios were even consolidated into an expansion released alongside official scenarios designed by MicroProse themselves, showing the potential impact that players could have on game development all the way back in the late 90s.

Civilization II also, in the midst of its other new ideas, saw a trickle of inclusivity that shouldn’t be overlooked. At the start of each game, players were able to choose the gender of their leader for almost every civilisation. This would alter the historical or mythical figures available to include key female leaders from that nation’s past, including Elanor Roosevelt, and Hippolyta, Queen of the Amazons. It wasn’t perfect, with some civilisations foregoing this option or else creating an ahistorical female leader instead of actually grabbing one from history, but it was a step in the right direction. 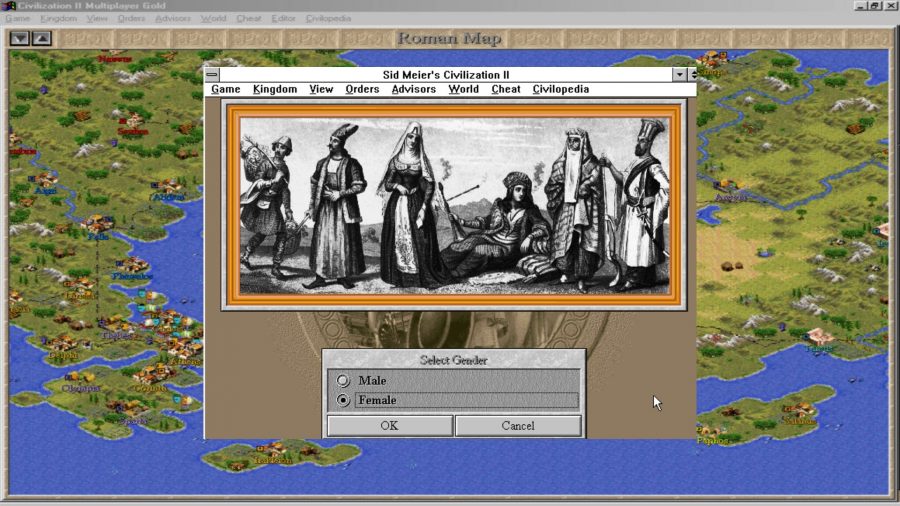 The game was a critical and commercial success when it launched, and it directly inspired Sid Meier’s Alpha Centauri, one of the best strategy games of all time, among a myriad of other copycats. Notably, the massively popular FreeCiv is based in large part on Civilization II’s design.

Freeciv, available here, is definitely worth checking out. A fan project built over a number of years from a massive community, Freeciv carries the spirit of Civilization II onwards and makes for an accessible and entertaining multiplayer game.

Its endurance also led to some humorous tales of woe. In 2012 a story of the collapse of humankind catapulted the classic back into the limelight. Reddit User Lycerius posted a save file for discussion containing a 10 year old game of Civ II, and it was a hellscape. Unlike newer entries, players aren’t forced to end their game at a specific cut-off date, so Lycerius had continued on, watching the world collapse into a 3-way cold war dystopia of nuclear fallout and autocratic governments.

While it sparked some discussion about the nature of humanity, Lycerius’ game – and the tons of other players who downloaded in the save file in an attempt to right the catastrophe – highlighted the enduring quality of Civ II and its ability to generate interesting emergent gameplay far beyond what the developers intended. 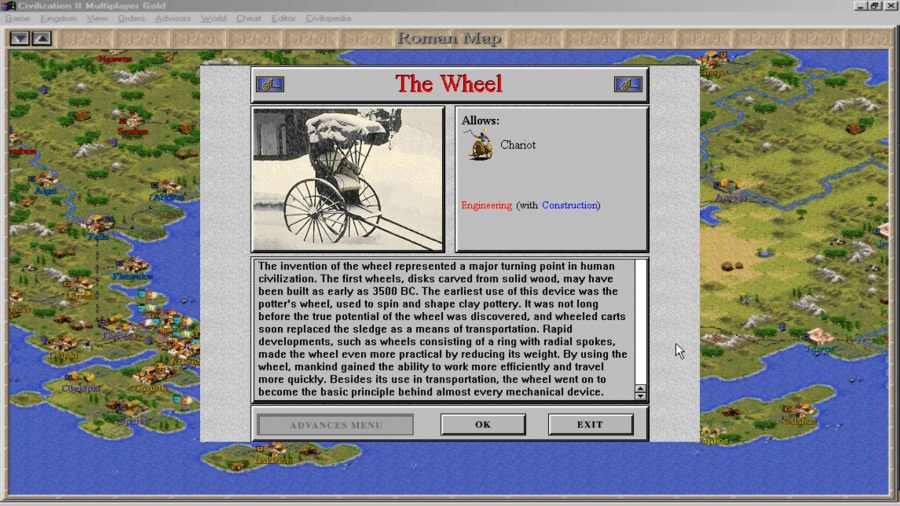 Civilization II is an important touchstone in the history of strategy games, perhaps more-so than the first Civilization. It was a champion of early player modding, a testament to the endurance of Sid Meier’s original design, and it pushed the boundaries of what 4X games could become.

The next time the Inca create overwhelming terrace farm yields or Gandhi eyes you suspiciously, remember the legacy of what came before, and lament that there’s no longer an Elvis impersonator to tell you to improve luxuries as you dominate the world one turn at a time.

Studying a PhD in East Asian military history, Joe is one half of the 'Let's talk about Wargames' podcast. He's also written for Wargamer, ScreenRant, and Meeple Mountain.